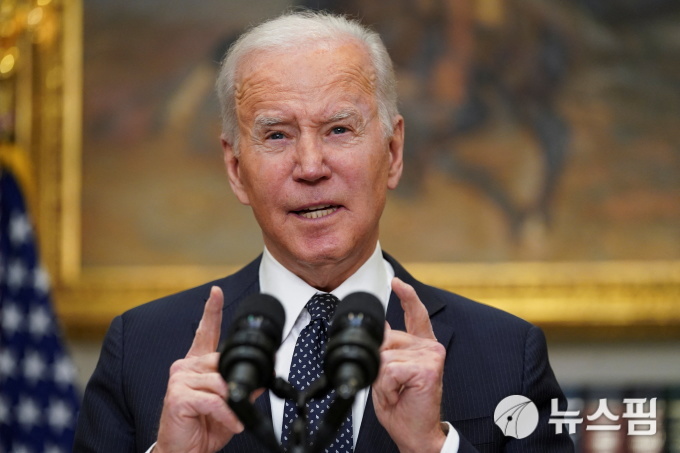 The White House said in a statement on the same day that President Biden had a phone call with Finnish President Sauli Ninistö and Swedish Prime Minister Magdalena Andersson, and said that they “support NATO’s policy of opening up.”

“We support the right of Finland and Sweden to determine their own future, foreign policy and security agreements,” Biden said.

The White House also added that the three leaders reiterated their support for Ukraine in its fight against Russian history.

Finland’s President Ninistö and Prime Minister Sanna Marin announced in a statement on the previous day that “Finland will apply for NATO membership without delay.” They emphasized that NATO accession would not only strengthen Finland’s national security, but it would also strengthen the alliances of NATO member states.

Finland shares a border with Russia for 1,300 km, and was invaded by Russia twice in 1939 and 1943, and some of its territory was taken away. Finland, conscious of Russia, has maintained a neutral state since 1948.

But the Finnish government and public opinion, feeling threatened by witnessing the Russian invasion of Ukraine, quickly turned to support for NATO membership.

NATO Secretary-General Jens Stoltenberg and neighboring member states warmly welcomed Finland’s decision to join, and responded that “we will expedite the accession process”.

Sweden, another neutral country in Northern Europe, is also known to apply for NATO membership like Finland.

However, Turkish President Recep Tayyip Erdogan responded negatively to reporters in Istanbul on the 13th, saying, “We are watching the progress of Finland and Sweden, but we do not like it.”

For NATO accession to be approved, unanimous support from member states is required. If Turkey eventually exercises its veto, Finland and Sweden’s membership in NATO could be canceled.

Erdogan has expressed his objection to some Nordic countries, saying that they allow and protect “terrorist groups” such as the Kurdistan Workers’ Party (KPP), which seeks independence from Turkey.

Meanwhile, Russia’s Kremlin is raging, arguing that Finland and other countries’ membership in NATO is a clear threat to Russia’s security. Russia’s foreign ministry also warned in a statement that it would take retaliatory measures to counter the escalating threat.

Lebanon in the Mediterranean Fencing Championship