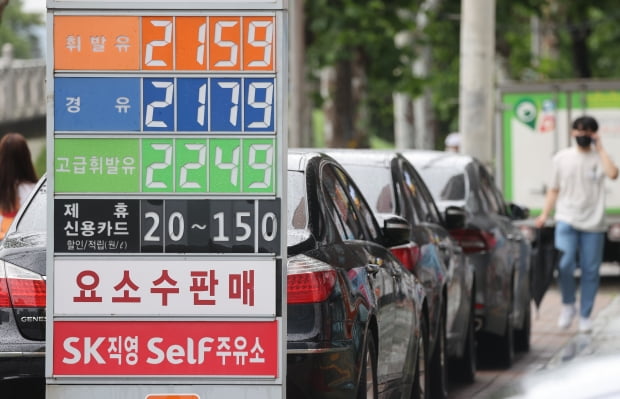 Gasoline and diesel prices at domestic gas stations fell from the previous day on the 1st, when the fuel tax cut was expanded from 30% to 37%.

The rise in domestic gasoline and diesel prices, which has set record highs every day, seems to be slowing down as the fuel tax cuts widen.

As of this day, the extent of the fuel tax cut has been expanded from 30% to 37%. As a result, gasoline prices were reduced by 57 won per liter and diesel by 38 won per liter. However, it is likely that it will take some time for the effect of the fuel tax cut to come out clearly. It usually takes two weeks for petroleum products to be distributed from an oil refinery to a gas station, as the oil tax is applied the moment they are taken out of the refinery. Accordingly, it is expected that consumers will be able to experience the effect of the fuel tax cut more quickly when refiners reduce the time lag through inventory management and cooperation with gas stations.

From today, domestic refiners immediately reflected the cuts and supplied them. Directly managed gas stations across the country also lowered their selling prices by the same amount as the fuel tax cuts. However, in the case of general self-employed gas stations, it is expected that the price will be lowered after exhausting all the stocks supplied before the additional fuel tax cut, so it will take some time for the additional fuel tax cut to take effect 100%.