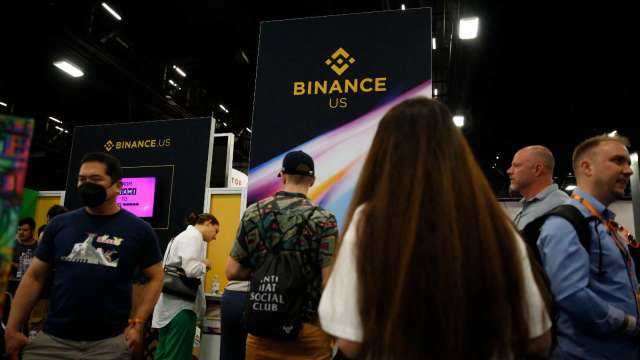 followingcryptocurrencyLending company Celsius suspendedcryptocurrencyAfter withdrawal, the world’s largestcryptocurrencytransaction levelTaiwan dollarBinance said on Monday (13th) that it was temporarily suspended due to a backlog of system work due to stalled transactionsbitcoinWithdrawals, but also extended the recovery time for withdrawals from the previously estimated 30 minutes, but did not specify the reason for the delay.

Following the release of fiery U.S. inflation data for May last week, investors accelerated their sell-off in risk assets amid concerns about the Federal Reserve (Fed) rate hike and a potential recession, includingbitcoinThe losses continued over the weekend and fell further on Monday, with prices hitting their lowest level in about 18 months.

cryptocurrencyThe exchange Binance was also affected, with a backlog of system work on Monday due to stagnant trading, suspendedbitcoinWithdrawal. At first, Changpeng Zhao, the founder of Binance, said on Twitter that the problem was expected to be resolved within half an hour, but later revised that it may take longer than estimated.

Changpeng Zhao added that the suspensionbitcoinWithdrawals only affect Binancebitcoinnetwork, investors can still withdraw funds on other networks such as BEP-20bitcoinand the funds are protected by the “Investor Protection Fund” (SAFU), which is a risk protection fund established by Binance in July 2018 to protect the assets of Binance users.

Celsius Network earlier said it would suspend swaps, withdrawals and transfers between accounts due to “extreme market conditions”cryptocurrencyThe latest signs of stress in the industry.

Vaccines: Switzerland will not make concessions