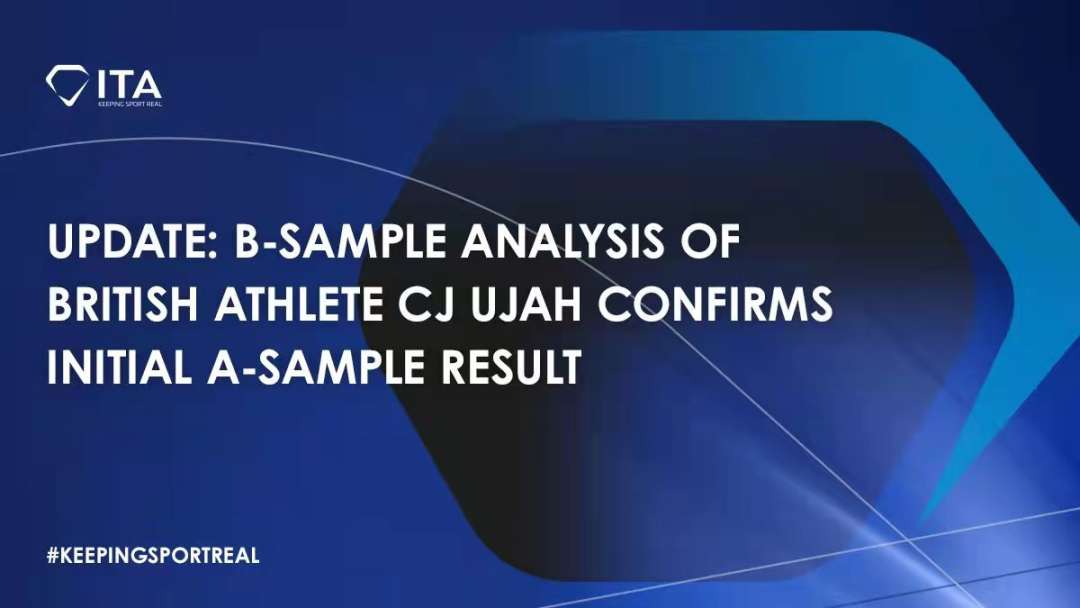 [Tokyo Olympics British athlete B bottle urine sample positive Chinese men’s 4×100m relay Su Bingtian and others are expected to be bronze medal]On the evening of September 14, Beijing time, the international testing agency issued an announcement on the official website, British sprinter Uja’s B bottle urine sample test The result is the same as the A bottle is positive.This means that Uja’s doping test samples are determined to contain prohibited ingredients，Once he is found to be a doping violation, the silver medal he won in the men’s 4×100m relay on behalf of the British relay team at the Tokyo Olympics will be cancelled., The Chinese relay team, which was originally ranked fourth, will be promoted to third.

The international testing agency pointed out in the announcement that according to the athlete’s request, the Tokyo Laboratory certified by the World Anti-Doping Agency tested Uja’s B bottle urine sample on August 19, and the test results were consistent with the A bottle. The sample contains two prohibited substances. On September 8, the international testing agency forwarded the incident to the anti-doping department of the International Court of Arbitration for Sports, which will determine whether Ujah constituted a doping violation and whether the British team will be cancelled the silver medal in the Tokyo Olympic sprint relay.