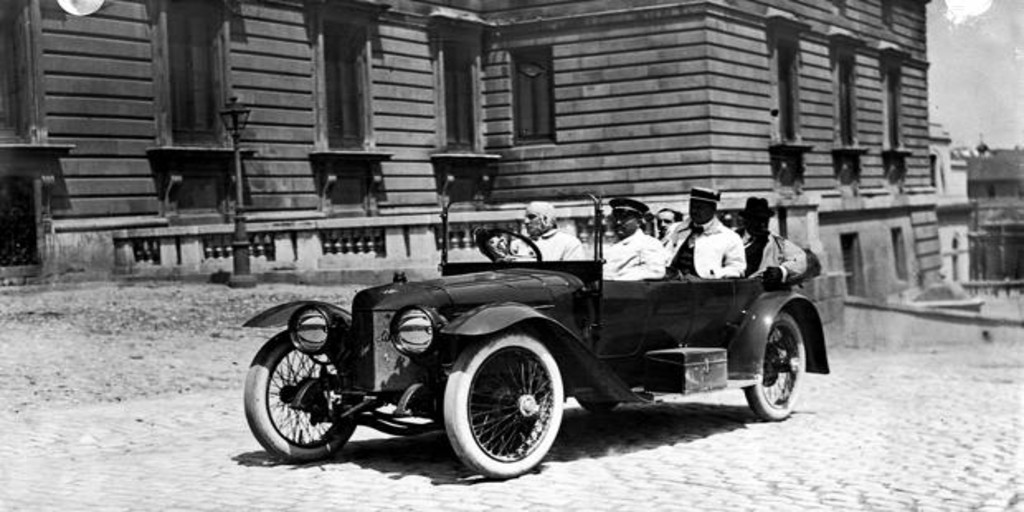 The coronavirus-fighting quarantine is offering plenty of time to tidy up the drawers. Also for Hispano Suiza, which has found the first advertisement it published in the press. The campaign saw the light of day in a distant 1906, in the then newly founded newspaper El Mundo Deportivo. Just two years earlier, entrepreneurs Damián Mateu and Seix Zaya had founded the automobile company, supported by the immense talent of the Swiss engineer Marc Birkigt.

“Studied and built for Spanish roads, being preferred to foreigners”, reads the announcement, chaired by a drawing of one of the manufacturer’s first chassis, before going on to describe its main qualities: “Extremely solid and light construction. Magnet-embedded steel chassis (sic). Simple, accessible mechanism, easy to use and silent. Extremely powerful brakes, essential for steep slopes. ”

This is the very first #HispanoSuiza ad campaign, it was published in 1906 in the sports newspaper @sports world pic.twitter.com/OIJ5IVXRgN

Unlike modern spots, there is a lack of information on consumption and emissions – how we have changed – but it does abound in its great strength and good performance, especially considering the harsh road conditions of its time. “Battleship leaving the engine, gear change and general hermetically sealed mechanism sheltered from dust, mud and water.” And it also promises that heat will not be a problem, thanks to a “special cooler preventing engine overheating on slopes and bad roads.”

Founded in 1904, the Spanish company has risen again from its ashes. In 2019, it presented a new model, the Carmen electric tandem, with more than 1000HP, which will have an even more exclusive version, the Carmen Boulogne, with a limited print run of five units. .