At 10 o’clock in the evening on July 17, the intergenerational interactive observation game variety “Big Brother” co-produced by Hunan Satellite TV Chen Xinyu Studio and Andersen Studio will be registered on Hunan Satellite TV.

In the first episode, “Miss Bullish” Wu Xin returned to lead his brothers to challenge the game mission. The big brothers Li Weijia, Qiao Zhenyu, Wu Qilong, Wang Yaoqing, and Yan Yikuan still do not play cards according to their routines, and they are constantly thinking; the younger teams Chen Linong, Qi Sijun, Song Weilong, Xing Zhaolin, and Zeng Shunxi are high-spirited and energetic. The competition between the two sides was fierce, breaking the game in the routine and the anti-routine, with frequent laughter and constant high energy!

This season of “Bullish Brother” continues the joyous atmosphere of the previous season, through the confrontation between the big and small brother teams to observe and solve the problem of intergenerational communication. Li Weijia, Wu Qilong, and Wang Yaoqing, who performed well in the bullish big brother team last season, returned. The “Wu Yao can be saved” combination cooperated quite tacitly in the previous season. The same routine was used in the shuttlecock game to completely abuse Wang Yanlin. The audience laughed and said that “Wu Qilong gradually became Wang Yaoqing” , In the new season, can they be as good as ever?

At the same time, Wang Yaoqing will also usher in this season’s worst enemy, Song Weilong. The two once played “rivals in love” in TV dramas. What kind of pursuit will be staged in this competition? What kind of hilarious new stalkers will be brought by Li Weijia, the strongest stalker king? Qiao Zhenyu and Yan Yikuan, beautiful costumed men, continue to occupy the screen with their beauties. New and old guests compete on the same stage, what kind of sparks will they collide with? Expectations are full!

All members of the little brother team changed blood,Full of vigor and expectation 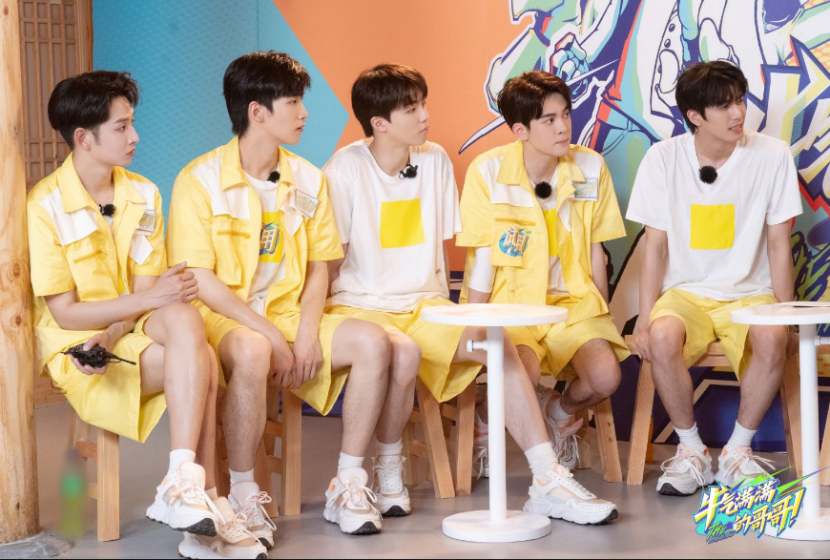 The younger brother’s team changed their blood, and the age was set to a new low, which also brought a lot of pressure to the big brother team. Facing the big brother team that never played the cards according to the routine, they said they would deal with it wisely.

“The cute prince” Chen Linong captures the hearts of thousands of viewers with a bright smile. Is he gentle with the bully brothers in the confrontation game, or does he kill all sides? What is the brilliant performance of “National Boyfriend” Song Weilong in the variety show? And what will be the brilliant performance of Zeng Shunxi, who has starred in many TV dramas at a young age, Xing Zhaolin, the “Eight Lord” who has fascinated thousands of girls, and the handsome boy Qi Sijun, who has performed well in detective programs. Song Weilong and Xing Zhaolin, who are good friends in reality, cooperate for the first time. What kind of high-energy scenes will burst out? Why not check it out in the show!