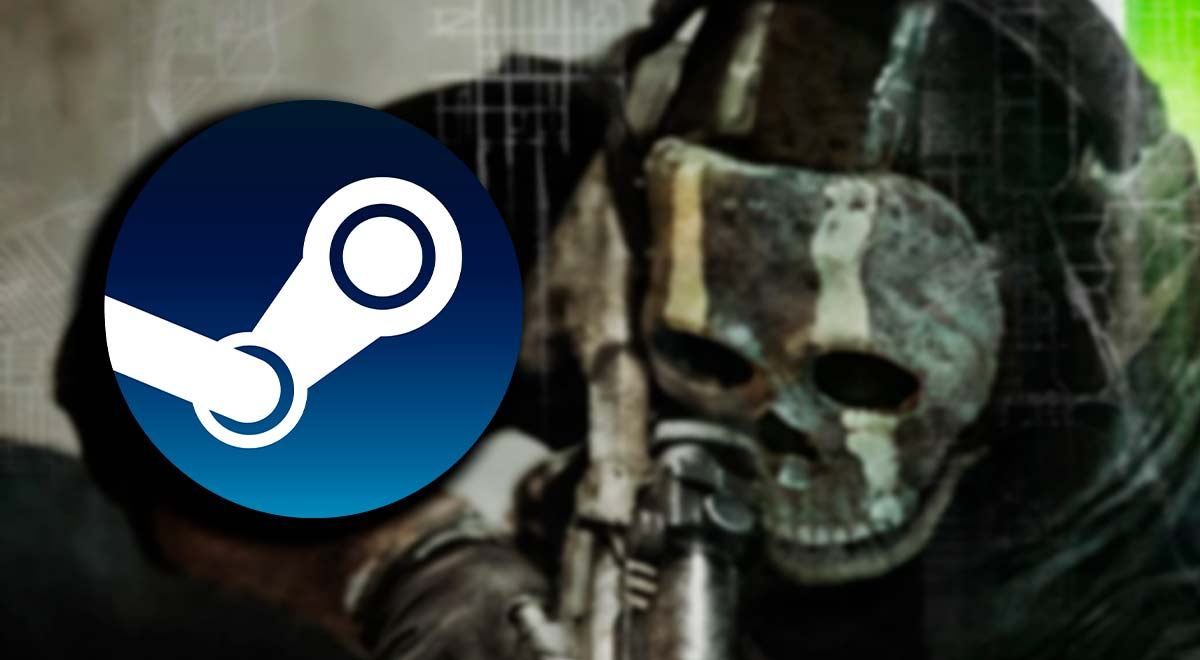 Modern Warfare 2the new installment of the saga Call of Duty, will return at the end of October with Infinity Ward at the helm of the project. This title could mean not only a new beginning of the series as it happened with MW (2019), but it would also be the return of the saga to the Steam platform.

The last time Activision decided to publish a CoD installment on Valve’s digital store was with Call of Duty: WWII in 2017. Motivated by promoting the download of Battle.net, they would announce the transfer of the saga to said platform, being the only place where PC users can buy installments released from 2018, and even download Warzone, the free Battle Royale.

A Reddit user discovered that in the section of Steam where you can explore the released games of a franchise, the official art of Modern Warfare 2 was used where we have Ghost. A few minutes after the publication, several noticed that the image of the character was removed, leaving only a background.

We will see if in the coming weeks there is an official statement as to whether it was an “error” or whether they are preparing for Modern Warfare 2 to have a good premiere, launching it in different digital stores, at least on PC.

Call of Duty: When will Modern Warfare 2 arrive?

Activision confirmed that Modern Warfare 2 will be released this October 28, 2022. Everything indicates, according to leaks of special editions, that it will come out for both the last generation and the current generation of consoles (PS5, Xbox Series X | S).

Plot details are still scarce, although many point to possible locations in Mexico, considering that there will be an operator from that country, belonging to the special forces and part of Task Force 141. Ghost, Price and Soap Mactavish will return.

With Modern Warfare 2 Activision is expected to see good numbers, considering that the studio was very disappointed with CoD: Vanguard.

What proposals do the Colombian presidential candidates have?

Marcela Brane presented her daughters on television: she stated that the youngest is “the future Miss Chile”