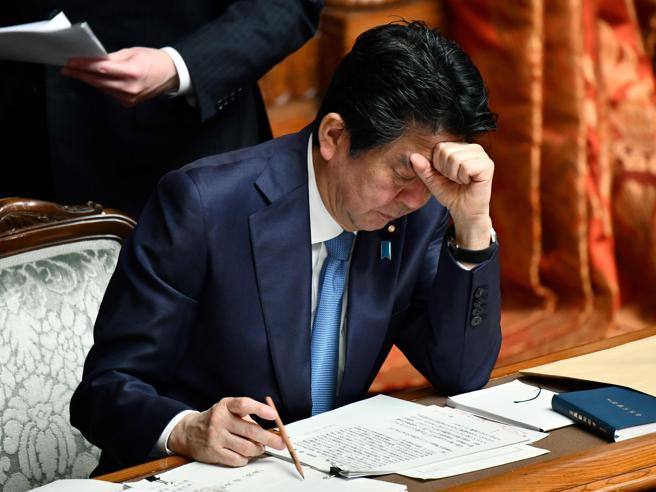 For the second time (the first was in 2007, at the end of his first term) Shenzo Abe, the sixty-five-year-old Japanese premier retires due to poor health. His disease has a name: ulcerative colitis, a disease with which he has struggled for many years, but his flare-up, many write, seems to be due to the exceptional stress he has been enduring lately: pandemic from Covid, Olympics postponed, collapse of Abenomics.

But can stress make you sick? The first major distinction between acute and chronic form depends on the type of stress – explains Nicola Montano, professor of Internal Medicine at the State University of Milan and at the head of the European Federation of Internal Medicine in the three-year period 2018-2021. In front of an “acute” event, I think for example of the emotion linked to the expectation of a positive or negative event, the body responds by increasing the heartbeat, breathing and adrenaline in circulation; but, once the “moment” has passed, everything returns as before. Stress is the response of the organism to adapt to the stresses coming from the external environment and also has a positive role: it is essential to survive because in the face of real and immediate danger it makes us more ready to react and to make a quick choice between fleeing or fighting. : fight or flight. But when chronic stress, as probably in the case of the Japanese premier, a whole other story

Because’? What damage does chronic stress do? It triggers a series of events that lead the body to a state of inflammation at the origin of many chronic diseases, which affect multiple areas of the body and among these diseases there is also ulcerative colitis. I’ll explain. A stressful event activates certain areas of our brain including the hypothalamus, which through a series of hormonal mechanisms stimulates the adrenal glands to release the so-called stress hormones: cortisol and catecholamines (adrenaline and noradrenaline). In the “acute phase” these hormones give “fuel” to our organism and allow us to react: the activation of the Hypothalamic-Pituitary-Adrenal Axis is considered an adaptive response of the organism, but a prolonged state of activity weakens us because catecholamines they induce the release of inflammatory substances (cytokines) and make the immune system less effective in fighting infections. This results in damage that can affect different organs and be associated with the development of autoimmune diseases

See Also:  The State of Global Mobile Engagement 2020 Corona inspires the use of mobile apps Page 1

What are the diseases associated with this second type of stress? Staying with the best known, I would mention those of the gastrointestinal tract: in addition to ulcerative colitis, Chron’s disease, and then all types of vasculitis, lupus, scleroderma, rheumatoid arthritis ”.

The Japanese premier said in 2013: “If the drug I use had taken longer to enter the market, I would not be where I am today.” What drug can it be? And can ulcerative colitis have fatal outcomes? It is a chronic disease with fluctuating phases of well-being and exacerbations, but if it gets worse and is not treated, it can lead to fulminant colitis with bowel perforation and very serious bleeding. It also increases the risk of colon cancer. As for the therapies up to fifteen and more years ago we only had anti-inflammatory and cortisone available, now there are biological drugs such as monoconal antibodies, which have a much more specific and powerful action and have fewer side effects.

Could the Japanese diet, so popular with nutritionists as to be in competition with the Mediterranean diet, have played a role in the onset of ulcerative colitis? Maybe you overdo it with fiber: lots of rice, greens, soy …. We must always remember that diet, as well as physical activity and sleep (and giving up smoking and alcohol), are the three major pillars for the prevention of diseases and consequently are the basis of our well-being. To my knowledge there are no specific foods that have been linked with the development of ulcerative colitis. The fact that ulcerative colitis is more prevalent in Europe and the United States than in Asian countries should already tell us that there is nothing potentially harmful about the Japanese diet. And, then, be careful to attribute excessive powers to food in both a positive and negative sense. Let’s take fish for example. In Japan, as is known, we eat a lot, and everyone knows that it is rich in Omega 3, with an anti-inflammatory action; but how much fish should we eat to undo the effects of a life that we don’t like or that has become too heavy?

See Also:  Paraguay reached 100% occupancy of intensive care beds due to COVID-19 and they analyze attending to barracks