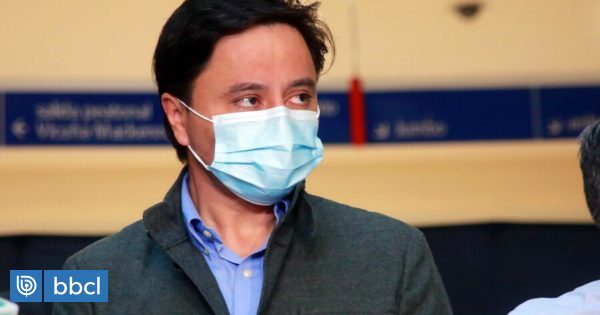 In conversation with Bío Bío Express of La Radio, the mayor of La Florida, Rodolfo Carter referred to the complaint of a theft of $ 60 million in medicines in the municipal pharmacy of the commune.

In this context, Carter explained what happened. “The Comptroller’s Office allowed an opinion 6 months ago, where it stated that all the municipalities of Chile must carry out audits of controlled drugs. Us to advance the handleWe began the audit in October 2020, and in that context we realized that there was administrative resistance from officials who had been in the municipality for many years in order to deliver the information, ”he explained.

Behind the discovery of an alleged concealment of information, the Municipality of La Florida decided to carry out a search of the municipal pharmacy premises. “It was discovered through the cameras that during the early morning high-end cars arrived officials working in the pharmaceutical area stealing bags full of discharged medications“Said the communal chief.

According to the regulation, these expired drugs must be returned by the municipality to the Institute of Public Health (ISP)However, the officials investigated apparently marketed them in the commune.

“It is likely that it will happen in other places, they will always be the typical bad apples that are in any institution (…) For them to have acted with this level of impunity, control standards were circumvented probably due to negligence“, He finished.

Listen to the interview conducted by Loreto Álvarez and Álvaro Escobar