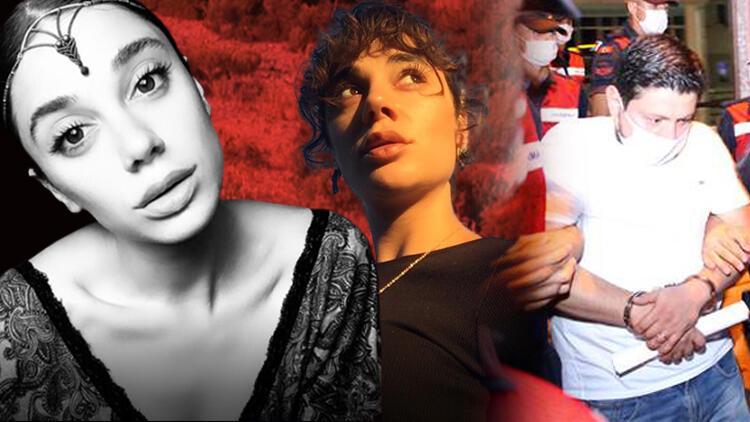 Muğla Sıtkı Koçman University Faculty of Economics and Administrative Sciences Department of Economics Pınar GültekinOn July 16, he left his home in the town of Akyaka in the town of Ula where he lived alone. Her family was panic when Pınar, who lives in Istanbul, could not reach her older sister Sibel Gültekin by phone.

Sibel Gültekin and her mother Şefika Gültekin came to Muğla and reported the loss to Akyaka Gendarmerie Station Command. The gendarmerie and police teams that took action started a search to find Pınar.

It was determined that Pınar Gültekin was last seen in the vicinity of Akyaka Cemetery and in the mall in Menteşe district center. Thereupon, all the security cameras here were put under the lens.

SUSPICIOUS MOVEMENTS AND BUILDING GASOLINE WITH THE BIDDERS HAD: 16 TL GASOLINE

Referring to the testimony of many people, the teams realized that the discourses of the young boyfriend Cemal Metin Avcı, who was detained, were inconsistent.

In order to find details about the disappearance of Gültekin, numerous security camera recordings in Akyaka and Menteşe district were watched, all details were evaluated to the finest detail.

In the images, it was seen that Cemal Metin Avcı received gas with a can from the gas station in Menteşe district.

According to the news in Sabah newspaper, while Pınar Gültekin was murdered, Cemal Metin Avcı, the suspect of the murder, was brutally killed, while his neighbors suspected of smoke from the house, “I am having a barbecue.”

The teams cut the garbage barrel in the region around 05.00 and reached the burnt corpse of Gültekin.

It was learned that Cemal Metin Avcı, who did not accept the accusations against him, confessed his crime when he watched the footage, and in his first statement, that Gültekin, who had been friends for a while, refused his request for reconciliation, and that he had carried out the incident at the vineyard house.

Gültekin’s mother, older sister, relatives and schoolmates and some NGO representatives are waiting in front of the Forensic Medicine Institute morgue.

LAST MINUTE STATEMENT FROM THE ATTORNEY

Mugla Chief Public Prosecutor’s Office made a written statement regarding the murder of Pınar Gültekin.

In a written statement made by the Mugla Chief Public Prosecutor’s Office, “A press release was needed to inform the public about the news about the killing of PG in the province of Muğla and the news in social media. The investigation into the incident in Menteşe district of Muğla province has been carried out meticulously by two public prosecutors appointed by our Chief Public Prosecutor’s Office, and a suspicious person has been taken into custody. Information about the developments will be given separately. ”

While the teams of Muğla Provincial Police Department and Provincial Gendarmerie Command continued their work with their special team, the ex-boyfriend Cemal Metin Avcı, who was the bar manager of the young girl, was taken under technical and physical follow-up. After the follow-up, the special team, who took action yesterday, detained Cemal Metin Avcı at his home in Menteşe district.

Cemal Metin Avcı admitted that he had confessed his crime in his interrogation in the gendarmerie and killed his young daughter by squeezing his throat in a fight that caused him due to jealousy. Cemal Metin Avcı said that they went to the house with his car to talk to Gültekin, in the discussion that took place, he beat the young girl and strangled his throat when he passed out. Avcı later stated that Gültekin took his body to the forest area and burned it in the trash barrel and poured concrete on it.

Departing from the testimony of Cemal Metin Avcı, the gendarmerie and police teams went to the forest area in the rural Yerkesik District of Menteşe district. The teams cut the garbage barrel in the region around 05.00 and reached the burnt corpse of Gültekin.

Gültekin’s lifeless body was removed to the morgue of the Mugla Forensic Medicine Institute for autopsy, after investigations by the prosecutor and the security forces at the scene.

Hurriyet.com.tr reached the first statements of the murderer who murdered Pınar Gültekin, a student of the University. Cemal Metin Avcı, who was in custody, tried to blame the woman who killed her as the perpetrators of many murders before her first statements.

The perpetrator’s first words were:

“We had a relationship with Pınar, he was constantly threatening to tell his wife, he was asking for money. I was going to ask for money that day, but I got angry, we discussed. I killed him with a moment of anger.”

AUTOPSY OPERATIONS WILL BE DONE IN IZMIR

Pınar Gültekin, who fell victim to a brutal murder, completed her operations at the Muğla Forensic Medicine Directorate and the funeral was handed over to the family. Within a few days of Gültekin’s DNA pairing, death It was reported that the reason would be determined with an autopsy report to be prepared in about a month. It was announced that Gültekin’s autopsy will be carried out at the Izmir Forensic Medicine Department.

THE MINISTRY WILL BE AGAINST THE CASE

Family, Labor and Social Services Minister Zehra Zümrüt Selçuk stated that they will be involved in the murder of university student Pınar Gültekin.

Selçuk, in his post on Twitter, stated that the murder of Pınar Gültekin was heartbroken, “Another minister has been killed. We will be a close follower of the legal process for the killer to receive the heaviest punishment.” used expressions.

The murderer suspect was sent to the courthouse

The proceedings of Cemal Metin Avcı, who was detained on the murder of Gültekin and who confessed to the gendarmerie murder, were completed.

The suspect, who was brought to Muğla Sıtkı Koçman University Training and Research Hospital for health check by the gendarmerie teams, was later taken to the Muğla Courthouse.

The suspect was taken into the courthouse under intense security measures taken by the gendarmerie and police teams.

Viral Facebook: Mark Zuckerberg is a victim of memes after being caught surfing with excess sunscreen | Fb | Twitter | Social networks