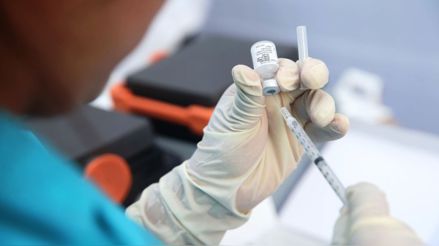 The Minister of Foreign Affairs, Elizabeth astete, ruled this Friday regarding the progress of the Government with various laboratories to the acquisition of new coronavirus vaccines.

At a press conference, the Chancellor explained that the contract signed with Sinopharm for the first batch of vaccines, announced for February 9, is part of a larger contract with that same laboratory for 38 million doses.

Of these, he said that two million doses would be arriving in our country in February and March.

He also said that a contract was signed with AstraZeneca for 14 million 14 thousand vaccines for the second semester of the year and that there is the possibility that some of those doses will arrive in the first quarter.

Regarding the agreement COVAX Facility To provide 20% of the population with doses of vaccines, Astete indicated that the Government is waiting to be informed how many doses could be sent in the coming months, this information would be provided next week.

Closure with Pfizer and advances with Johnson & Johnson and Moderna

About the agreement with Pfizer, the chancellor maintained that the Government is close to closing the negotiations to obtain 9 million 900 thousand vaccines during the year, of which 1 million 800 thousand would arrive in the first quarter of the year.

He also said that progress has been made negotiations with Johnson & Johnson for the arrival of 5 million vaccines. He stressed that in the case of this vaccine it is only one dose so it would serve 5 million people.

Added that talks with Moderna to obtain 12 million vaccines They are also advanced and that in the course of the next week they would review the contract offered by this laboratory.

He indicated that he is talking to CureVac to acquire 13 million of its vaccines for the second half of the year and with Sinovac to get 7 million of his doses he will also send his contract for review.

It is also negotiating with the laboratory Novavac to get 12 million of your vaccine doses and about the lab Gamaleya, the chancellor said that her technical information is being evaluated to receive it.