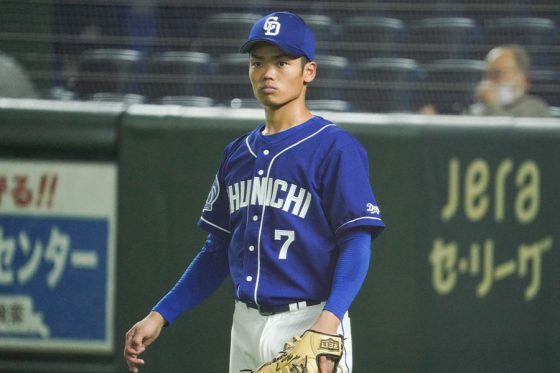 Surprising voices are gathered in the “super luxurious” bullpen of Chunichi. At the camp in Chatan, Okinawa, the young batter trio of Infielder Takaya Ishikawa, Infielder Takaya Ishikawa, and Outfielder Yuki Okabayashi headed for Brupen during the practice on the 23rd. Until high school, the three played as pitchers and were highly regarded for their ability to throw. However, Neo’s strong fastball was by far the best.

The video released by the team on official YouTube shows Neo and Ishikawa throwing a fastball from a relaxed form. Looking back, Neo won the Koshien in the spring and summer as a pitcher and shortstop of Osaka Toin, and Ishikawa also won the selection as the ace of Toho High School. Okabayashi was a draft nominee as a pitcher, and in high school he used a fastball that slightly exceeded 150 kilometers as a weapon.

Furthermore, in the bullpen, even the appearance of the outfielder Ukai Kosuke, who is the second-ranked rookie in the draft. He is full of romance, with Neo hitting 146 kilometers with a speed gun. Fans commented that “Neo’s form is beautiful”, “The bullpen is too gorgeous and dangerous”, and “Everyone is insanely strong if they use two swords.” Is there a pitcher appointed in Tatsunami’s chest?

Reports: Mustafa Mohamed is threatened with suspension in the Turkish League