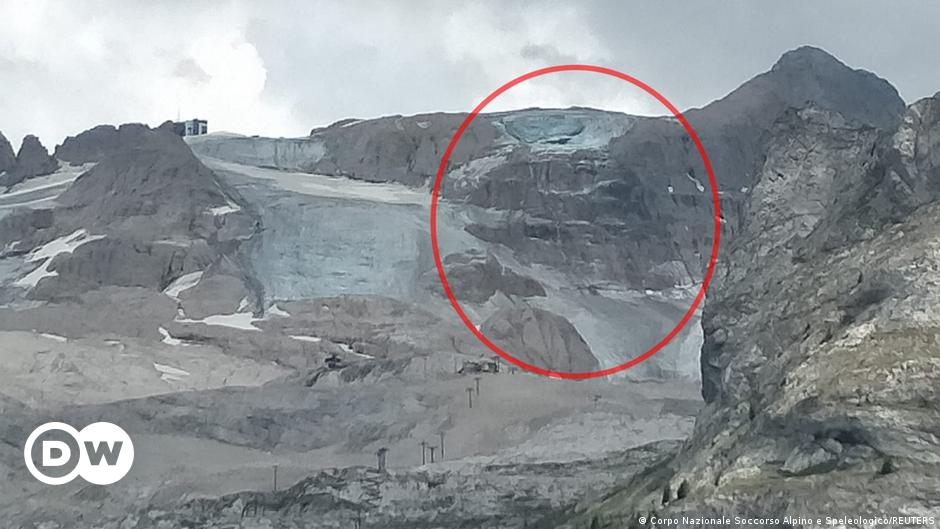 Six people have died and eight are injured, two seriously, after the detachment of a part of the Marmolada glacier, in the Dolomites (Italian Alps) and it is not ruled out that there may be several missing, according to the emergency services of the northern region of Veneto.

The evacuation of the area is taking place in case new landslides occur and possible victims are sought.

“Unfortunately, five people were found dead,” Michela Canova told AFP. She also indicated that there were eight people injured, but that the balance “was still provisional.”

A large chunk of glacier has broken off near the peak of Marmolada in the Italian Alps, sending ice and rocks onto a popular hiking trail.

“An avalanche of snow, ice and rock hit the access road at a time when several groups of climbers were there, some of whom were swept away,” he explained. “The number of climbers affected is still unknown,” she added.

The detachment, according to the first information from Salvamento Alpino, would have occurred near Punta Rocca, on the ascent route of the normal route to reach the summit where there were several hikers.

La Marmolada is the largest glacier in the Dolomites, located in the eastern Alps.

The glacier is part of the Marmolada mountain and is situated in the Dolomites mountain range.

Two of the injured were transferred to the Belluno hospital, another to Treviso and five to Trento, the spokeswoman said, without offering further details on the nationality of the victims. Several helicopters participate in the rescue and surveillance operations.

the future is here

they announce what will happen to the 4×1000