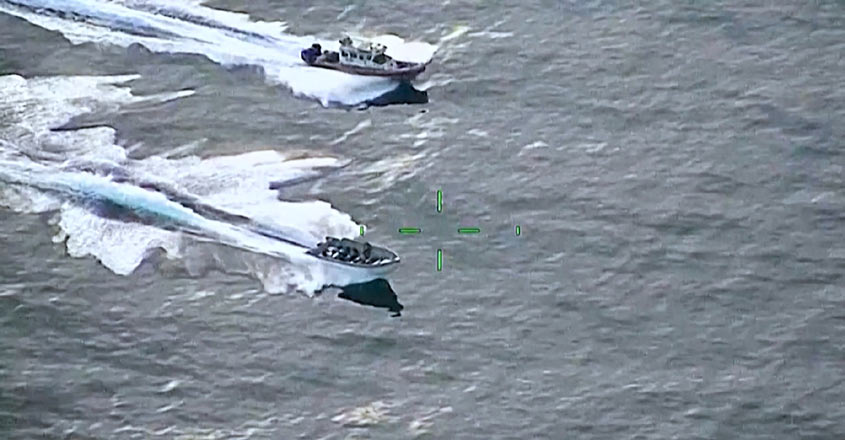 Mexican Navy seizes 1600 kg of drugs after movie-style chase through sea Cocaine was seized by the authorities. These scenes are not from any movie. The footage follows a speedboat that the Navy in Mexico’s Michoacán state is trying to smuggle in drugs.

1600 kilos or 3527 pounds of drugs were seized in this pursuit. A naval aircraft, helicopter and boat were involved in the chase. After the capture, the speed boat was taken to Bara Nexpa Beach.