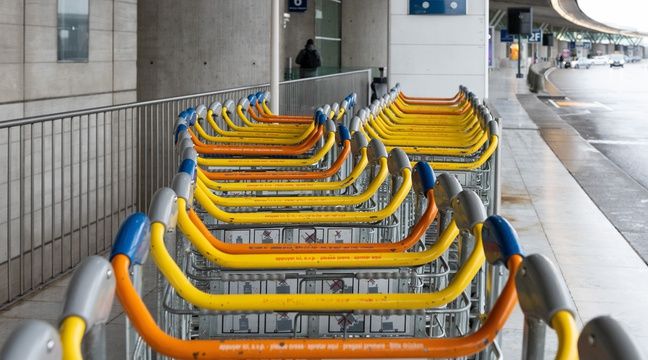 This is, with the closure of large shopping centers, the main decision announced Friday evening by the Prime Minister: a restriction on international travel, as well as travel between metropolitan France and overseas. This limitation of exchanges, which will come into force from Sunday at midnight, aims in particular to fight against the “progression of variants” of the coronavirus, said Jean Castex during a speech organized at the end of a defense council .

“Any entry into France and any exit from our territory to or from a country outside the European Union will be prohibited unless there is an overriding reason,” announced the Prime Minister. Concretely, people crossing the border will have to provide the result of a negative PCR test dated less than 72 hours before departure and complete a certificate explaining the reason for this trip.

Travel certificates specifying the list of “compelling reasons” will soon be posted on the website of the Ministry of the Interior, said the latter to 20 Minutes. However, such justification was already necessary to enter mainland France since January 18, 2021. The certificate available since that date
provides an overview of the main admissible grounds for boarding. In addition to French, European or British nationals and residents, the following are particularly authorized to set foot on French soil:

Entry into the territory is also conditioned upon signing a declaration on honor and “voluntary isolation for seven days”.

Trips from or to overseas: the “compelling reasons” extended to all territories

As with travel outside the EU, “travel to and from all of our overseas territories will now also be subject to compelling reasons.” Some overseas departments already applied such restrictions. For example, travel to or from Reunion was conditioned, since Thursday, to a “compelling personal or family reason”, a “health reason” or a “professional reason that cannot be postponed”. A seven-day isolation has also been in effect in Reunion since Thursday.

Here again, a new certificate, valid for all overseas territories and detailing the compelling reasons for travel, will soon be available, says Place Beauvau.

Travel from or to EU countries: what about land borders?

As Jean Castex indicated, “any entry into France from a country of the European Union will be conditional on the performance of a PCR test, with the exception of cross-border workers”. A sworn statement and the presentation of a PCR test of less than 72 hours was already in force since January 24 for entries by air or sea from one of the countries of the European area (European Union, Andorra, Iceland, Liechtenstein, Monaco, Norway, San Marino, Holy See and Switzerland).

The measure is therefore extended to travel to these countries. Contacted by 20 Minutes, the Ministry of the Interior indicates that the possible extension to entries and exits by land (train and road) was still under discussion this Saturday.