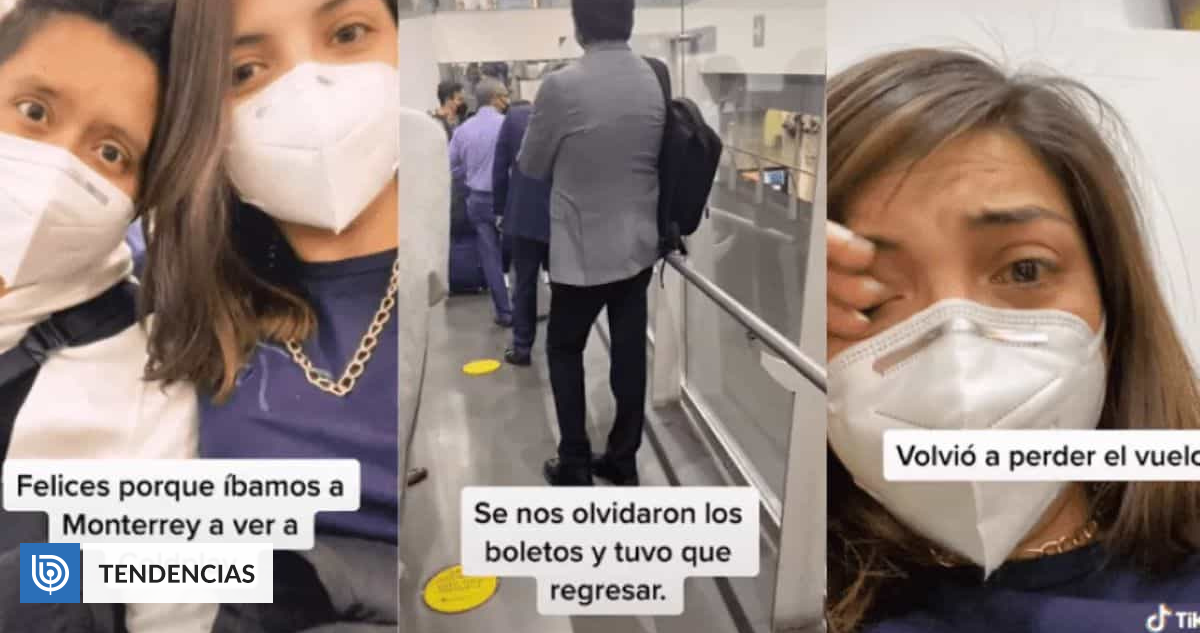 The story had a happy ending, although the young man had to go through various adventures to achieve it.

A Mexican couple went viral a few days ago due to a very particular story. Specifically, they had both bought tickets to see the banda Coldplay in the city of Monterrey, 900 kilometers away from where they live. The issue is that, upon arrival, they noticed that they had left the tickets to Coldplay at home.

The situation was told on Tiktok by a woman named Miriam Well, resident of Mexico City, who indicated that the two became aware of the situation at the destination airport.

“We had never missed a flight, we had never forgotten the tickets. This is the first time we travel to another city for a concert and It has been a very bad experience.” exposed the woman.

Given this, the couple only had one solution in mind, since the boy had to fly back to the Mexican capital to return with the tickets and be able to see the British. For that he had exactly 24 hours.

There were no problems in the return of the man for the tickets. The problems arose when he wanted to fly to Monterrey again.

As Miriam explained, that day several flights to the north of the country were canceled and delayed, so her boyfriend spent almost the entire day inside that airport.

“Perhaps it was our mistake, our fault, our carelessness, not having kept the tickets, but they actually sent us the tickets to the airport, he picked them up fine, no problem, entered the airport well and could not board, “ Held.

At some point, he maintained, he feared that he would not be able to return to Nuevo León to see Coldplay at the BBVA Stadium. At that time the young woman was devastated waiting for some solution.

However, and when you see the rest of the videos on the Tiktok profile, you can see that the boyfriend finally managed to get to the aforementioned city and both were able to witness the concert.

During that day, the couple received many supportive comments on social networks, from people who even thought of giving them their tickets. Fortunately, that was not necessary.