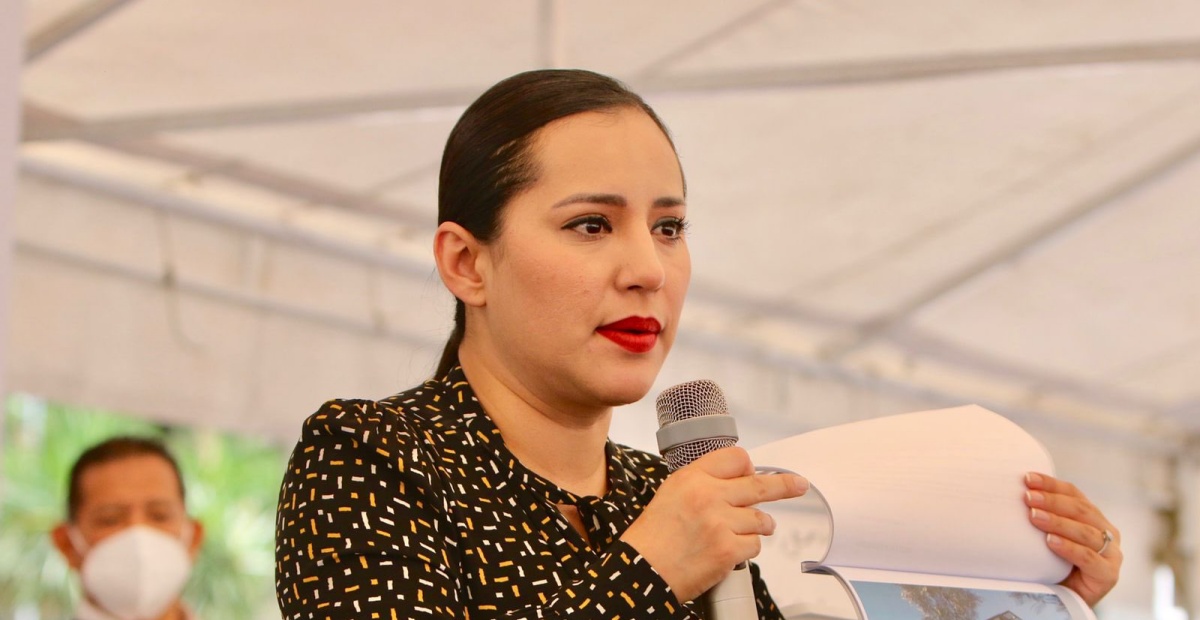 sources of Court of Administrative Justice (THERE) reported that this Monday she was notified of her disqualification and dismissal as mayor of Cuauhtemoc, Sandra Cuevas, in his house. Demarcation authorities had already been informed of this resolution three days ago.

According to the capital authorities, Sandra Cuevas could be dismissed from her position for abuse of functions derived from a complaint filed for the closure of the sports Guelataoheld in October 2021.

It may interest you: “Document on the alleged disqualification of Sandra Cuevas is a prediction and is invalid,” says the Cuauhtémoc mayor’s office; “The Court will have to explain it”: Sheinbaum

In addition, the THERE informed that the notification of disqualification and dismissal will not necessarily be in the mayor’s office, in addition to the fact that those who received the court’s resolution days before were authorities of the Internal Control Body from Mayor Cuauhtemoc.

The Court thus approved a resolution that circulated for the first time at the end of May in which the court ordered the disqualification of Sandra Cuevas as mayor of Cuauhtémoc for one year. Cuauhtémoc’s head’s team indicated that it has not been notified of the ruling and that it will wait until it is to determine what actions it will take.

When the document circulated for the first time on May 30, the mayor’s office Cuauhtemoc He said that the prediction was still official and the mayor has not been notified of any type of disqualification by the Court of Administrative Justice.

“It is a judgment regarding the Sports Guelataobut here the important thing is that this document is not yet official, since the mayor has not been notified, when she is notified it will be official (…) indeed it does exist, it is a prediction and as it is predicted, it has not been voted by the magistrates, ”the source reported at the time.

In this regard, the head of government of the Mexico City, Claudia Sheinbaumexplained on May 30 that the official letter that circulated on social networks was a citizen complaint sent to the Court of Administrative Justice.

Visit: Sandra Cuevas, Mayor of Cuauhtémoc, apologizes to the police from the North Prison Court

On May 28, the Environmental and Territorial Planning Office of Mexico City (PAOT) reported that he fined Sandra Cuevas for not complying with a sentence on an irregular construction in the Cuauhtémoc mayor’s office.

The PAOT reported through Twitter that “justice prevailed” through the Administrative Justice Court after four years of litigation, in which, residents of Colonia Juárez managed to obtain a sentence to demolish the levels that exceed the building where the club is located social Toledo Rooftop.

According to the PAOT, said establishment had eight levels, when the Delegational Programs for Urban Development (PDDU) allow a maximum of five. Due to the above, it was determined that the remaining floors of the Toledo Rooftop had to be demolished, including the roof.

The U made the open secret official