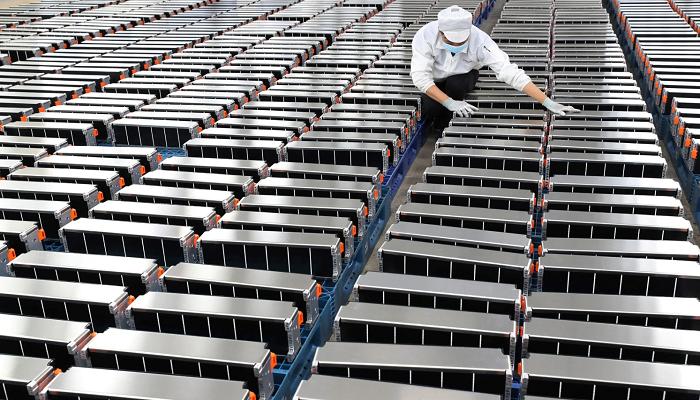 Insanely high lithium prices threaten the world’s batteries, which are now used in every technology industry from automobiles to appliances.

According to the chief scientist of the Chinese company CATL Technology and Battery Industry, the total amount of lithium in the world is sufficient, but the main reason for the high prices is speculation.

He added: Since last year, the prices of various raw materials for power batteries have risen dramatically, with lithium, nickel, cobalt and even graphite rising to varying degrees, and among the most obvious price increases are lithium and nickel.

The threat of batteries

Last month, Sichuan Yajiang Snowway Mining Development Co., Ltd. won a 54.3% stake at $299 million, five days after the auction. The starting price was $500,000, which means the final price is 596 times the starting price.

On the other hand, Australian lithium miner Pilbara has been selling its spodumene by auction since the second half of last year. And the company set a new record in the auction compared to the price of 5,955 dollars per ton. In addition, the price of nickel is rising, according to gizchina.

In fact, the industry now calls this metal “devil nickel”.

The large increase in raw materials for power batteries affects the downstream, as the power battery companies are raising prices, and the same in the car companies, they are also raising their prices.

This means that the industry can mine about 17 million tons of lithium, as well as many of the lithium resources that are also found in nature.

Technological development .. Is it the solution?

Researchers from Australia’s Monash University School of Engineering have developed a new generation of lithium-sulfur batteries that will provide a cheaper, cleaner and faster-charging energy storage solution.

The researchers redesigned the core of a lithium-sulfur battery; This creates a new inner layer that allows for exceptionally fast lithium transfer, as well as improving the performance and life of the batteries, PV Magazine reports.

Discovery of lithium and sulfur batteries

The deputy chair of the Department of Chemical and Biological Engineering at Monash University, Professor Matthew Hill, described the discovery as “world-leading… A lot of our research has been around making the battery more stable and longer lasting… So this particular discovery is really exciting.”

The discovery, published by the Royal Society of Chemistry, comes just weeks after scientists in the US announced they had developed a lithium-sulfur battery using a commercially available carbon electrolyte that retained more than 80% of its initial capacity after 4,000 cycles.

The group used a vapor deposition process that unexpectedly produced a form of sulfur that did not react with the electrolyte, overcoming a major challenge to battery chemistry.

The battery can store as much as two to five times more energy per kilogram than the lithium-ion substitute, but previously, the electrodes in these batteries deteriorated rapidly during the recharging process.

The research team believes that they have fixed this problem, and developed an inner battery layer that allows for extremely fast charging, as well as improving the life and performance of the batteries.

The key to this latest discovery, Hill emphasized, was against the accepted rules and conventions for lithium battery construction.

“It’s groundbreaking technology, because in a typical lithium battery there are about 6 of the components that make up the battery,” he said. “Most people are looking for that, but almost no one has looked at changing the inner layer or the separator in the middle.”

Hill stressed that developing the shapes would be a game-changer for lithium-sulfur batteries, which do not rely on metals such as cobalt, nickel and manganese, which are important metals found in lithium-ion batteries.

“These batteries are not dependent on metals that will lack a supply as the electricity revolution continues, so this is another step towards cheaper, cleaner, higher-performance batteries that can be manufactured in Australia,” he said.

Ana María Brescia, the most millionaire woman in Peru: how much money does she have and what companies does she own? | Forbes | Fortune | Breca Group | answers

A tourist loses her life after being attacked by a shark near Hurghada, in front of other tourists…