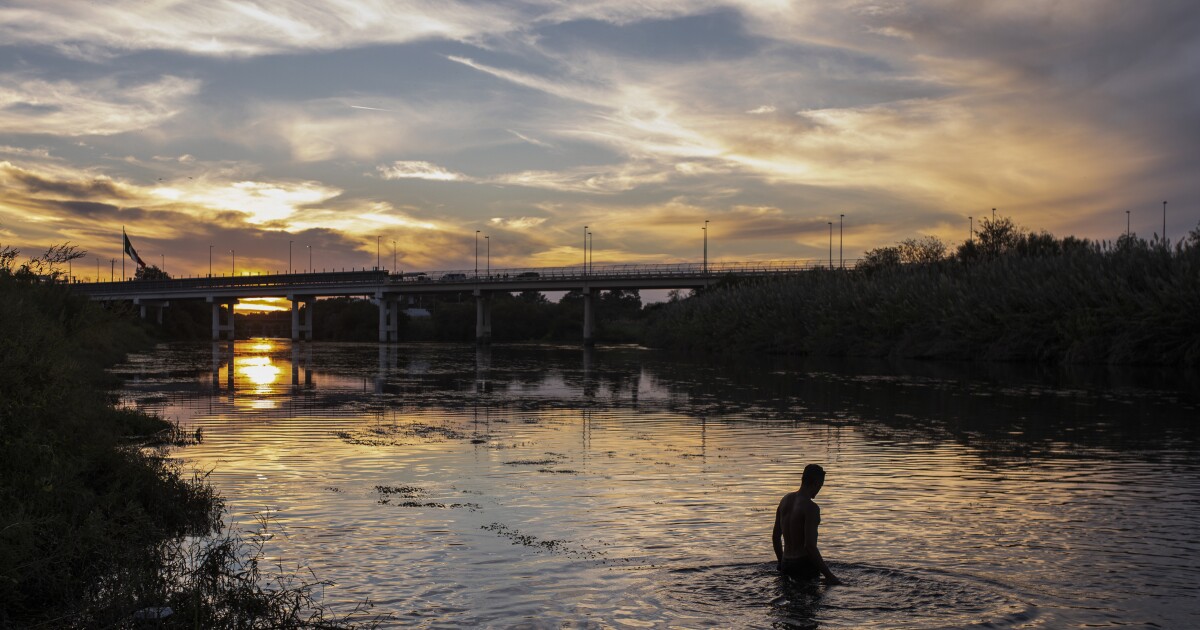 About 7,000 migrants are apprehended daily after crossing the U.S.-Mexico border, the chief of the Border Patrol said Tuesday, marking a sharp increase from February’s figure and coming as the government of President Joe Biden is nearing a decision on whether to end asylum restrictions put in place to prevent the spread of COVID-19.

Border Patrol Chief Raul Ortiz said 1,500 Cubans were apprehended the day before, more than double the daily average for February. He nodded when asked to confirm that approximately 7,000 migrants were being detained daily, compared to a daily average of 5,900 in February.

The sharp increase, if it continues, could exceed the levels of migration reached last year, in 2019 and in other periods of increased activity.

“This is a bipartisan issue, you have to get both parties on board,” Ortiz said at the Border Security Expo, an industry conference in San Antonio, Texas.

The Department of Homeland Security announced that it has plans for three scenarios: for the current level of illegal border crossings, for about 12,000 apprehensions and for about 18,000, an impressive number but which authorities say is simply to be prepared and not a projection as such. .

The US government faces the arrival of migrants from countries that did not usually send such large numbers of people to the United States, such as Cuba, Nicaragua, Venezuela and Colombia.

Since March 2020, the United States has used a public health order put in place to prevent the spread of COVID-19 to expel migrants more than 1.7 million times without giving them a chance to apply for asylum. The Centers for Disease Control and Prevention is scheduled to make a decision this week on whether to extend Title 42, named for a 1944 public health law.

Immigration and Customs Enforcement has about 21,000 beds available in its detention centers, said Corey Price, director of the agency’s enforcement and removal operations. Even if he vacated their beds, they would be filled this weekend with new arrivals. The agency is reviewing the option of house arrest and other alternatives, he said.

COVID-19 rates have been declining among migrants crossing the border, raising further questions about the scientific basis for leaving Title 42 in effect. Although there is no overall rate for migrants, the results of the tests conducted in several of the main corridors for the illegal crossing of the border indicate that it is well below the levels that caused concern among US authorities.

In California, 54 of 2,877 migrants tested positive for the virus in the first two weeks of March, according to the state Department of Social Services. That is a rate of just 1.9%, compared to the peak of 28.2% recorded on January 8.

In Pima County, Arizona, which includes Tucson, the seven-day positivity rate among migrants did not exceed 1.3% in early March. The infection rate among 5,300 migrants who were tested last month at the Border Regional Health Center near Yuma, Arizona, was 0.1%.

McAllen, Texas — the largest city in the busiest illegal crossing corridor — has a higher rate among migrants: 11.3% in the week ending March 16, but it has been consistently lower than the general population.

Accident with Tesla Model Y No. 12 from Giga Berlin > teslamag.de