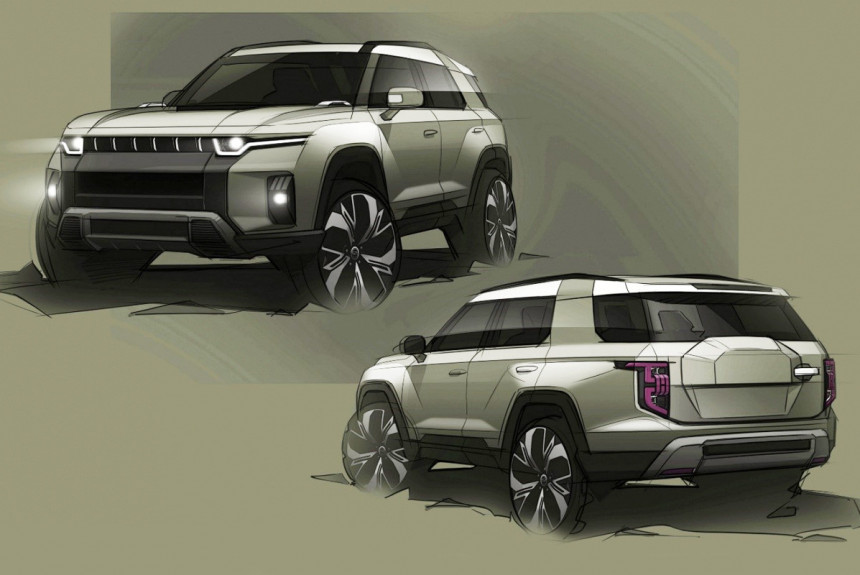 The Korean company SsangYong, which was on the verge of extinction, began to get out of the crisis. In early January, a South Korean court approved a deal with Edison Motors that would major shareholder and an investor in the automaker. The legal process will be completed before the end of the first quarter. In the meantime, Korean photo spies have caught a promising SsangYong J100 crossover, the sketches of which were published last summer.

The car in the pictures looks like a caricature, but surprisingly repeats the sketches in detail. Shapes, proportions, colors – everything is the same. At the same time, the level of detail suggests that this is not a concept car, but a car planned for production. It is assumed that this mid-size crossover has an electric drive, because SsangYong has embarked on a speedy electrification and a complete rejection of internal combustion engines.

Simultaneously with the publication of sketches, it was announced that the debut of the SsangYong J100 crossover will take place in 2022. Going forward, the company’s electric range will include several crossovers, SUVs and pickups. A major supplier of traction batteries will become Chinese firm BYD.