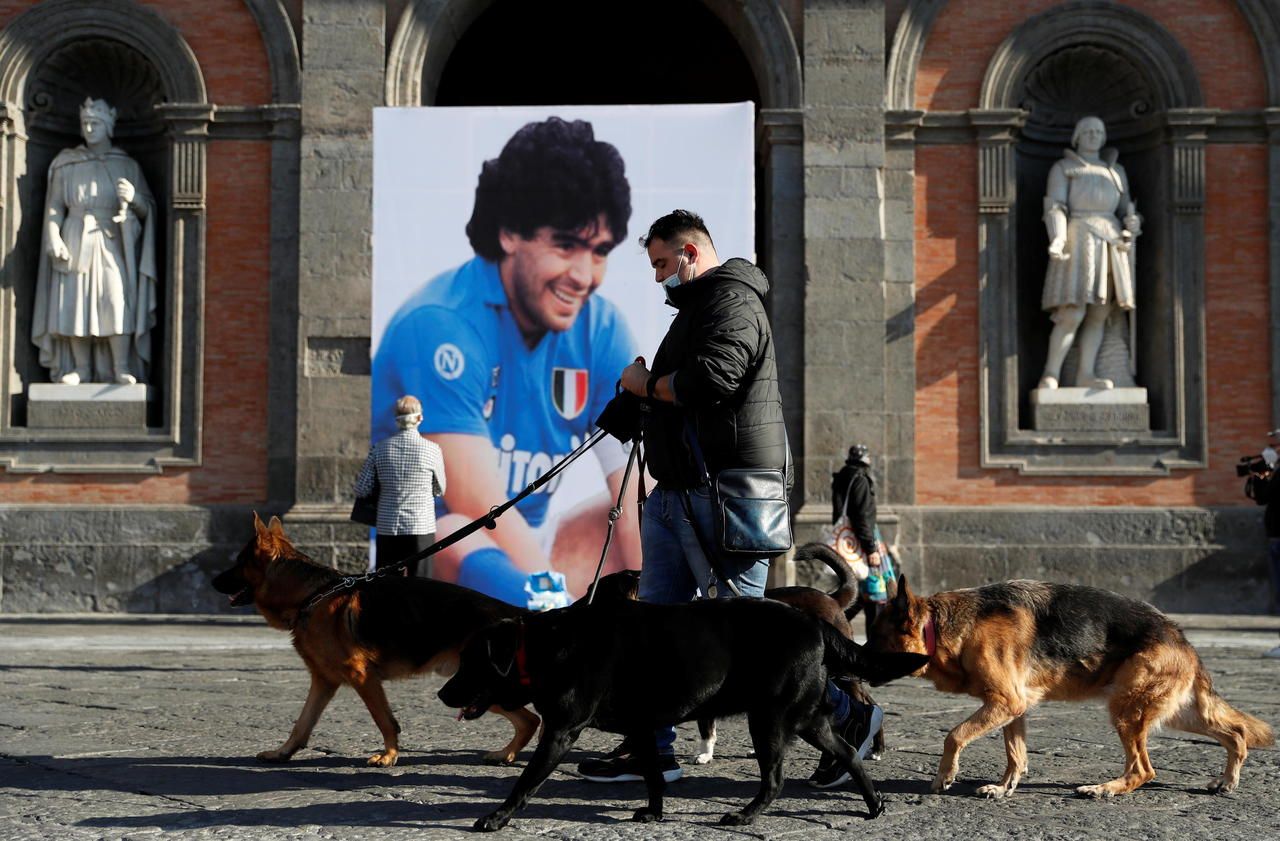 The information is causing trouble, while Argentina is still in mourning. Diego Maradona’s doctor, targeted by an investigation four days after the death of the football idol from cardiac arrest at his home, has been charged with “manslaughter”, announced this Sunday the Argentinian press agency Telam, citing the public prosecutor’s office in San Isidro, near Buenos Aires. The police raided Leopoldo Luque’s office and home during the day, looking for evidence of possible professional negligence, according to the prosecution and images broadcast on television.

Procedure triggered by the statements of the daughters of Maradona

This implication of Doctor Luque, who had operated on Maradona for a hematoma on the head at the beginning of the month, does not automatically imply police custody or deprivation of liberty, said these judicial sources. This investigation was triggered by statements from Dalma, Gianinna and Jana, three daughters from Maradona, on how the former footballer’s heart problem was managed at his residence in Tigre, north of the Argentine capital.

“We are continuing the investigations by collecting testimonies, including those of members of the family” of Diego Maradona, said a judicial source in San Isidro.

Dr. Luque, organized a press conference this Sunday to deliver his version of the facts. He denies all responsibility. “Do you want to know what I’m responsible for?” To have loved him, to have taken care of him, to have prolonged his life, to have improved it until the end, ”he declared between two sobs.

He considered himself “a friend” of Maradona and saw him “as a father, not as a patient”. He does not know why there was no heart attack defibrillator at his residence in Tigre, and he did indicate that he was not his attending physician. “I am a neurosurgeon,” said the doctor, who had operated on Maradona for a brain hematoma on November 3. “I am the person who took care of him (since the operation). I am proud of everything I have done. I have nothing to hide. I am at the disposal of justice ”.

Maradona died on November 25 from a heart attack in bed. He was “unmanageable,” according to Dr. Luque. “He should have gone to a rehabilitation center (after his operation). He didn’t want to, and he didn’t want a therapeutic companion either ”. “A psychiatrist had asked that there always be an ambulance in front of his house. I don’t know who is responsible for the fact that there was no ambulance (that day), ”added the neurosurgeon.

According to Dr. Luque, Diego “was very sad, he wanted to be alone, and it wasn’t because he didn’t love his daughters, his family, or those around him. […] He was brave ”. On October 30, his 60th birthday, “he didn’t look well,” he added.

Members of his family had previously said they were convinced of the existence of irregularities in the treatment of the Argentine football icon. Hours after his death on Thursday, lawyer and friend of Maradona, Matias Morla, denounced the fact “that the ambulance took more than half an hour to get to the house” where the player was. Morla warned that he would go “to the end”. But, on Saturday, a judicial source assured that no complaint has yet been filed.

“The investigation was opened because it is about a deceased person in her home and no one has signed her death certificate. This does not mean that there are suspicions of irregularities ”, indicated this source, on condition of anonymity.

The 1986 world champion died Wednesday at the age of 60 from “secondary acute pulmonary edema and exacerbated chronic heart failure”. Operated for a hematoma on the head in early November, he had joined after six days of hospitalization a house in Tigre, 30 km north of Buenos Aires, close to his daughters Dalma and Giannina. It was they who would have signed the authorization to leave, while the clinic recommended hospitalization in a convalescent home.

After the operation, her recovery was going well, according to her personal physician, Dr. Luque. But Maradona’s health was fragile due to her cardiac history. He also suffered from alcohol withdrawal, which he mixed with the many medications he was taking.