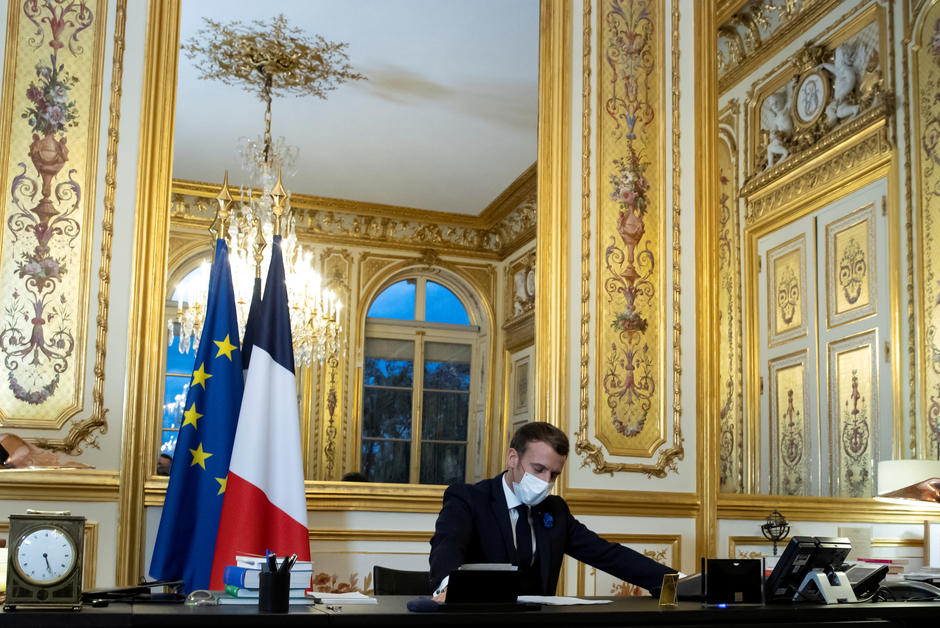 The president on Tuesday evening loosened the vice of containment, which will be replaced by a curfew from December 15, while calling on the French to be responsible for the end of year celebrations. For the foreign press, Emmanuel Macron seeks a difficult balance between health constraints and preservation of the economy and morale of the French.

It’s a “Sneaky deconfinement” presented Tuesday evening by Emmanuel Macron, considers the Belgian daily Echo. By announcing a gradual relaxation of confinement in three stages, the French president has above all tried to find the right balance between health constraints and preservation of the economy, believes the foreign press.

“Instead of infantilizing” the French, “Macron now relies on individual responsibility”, Note The world, recalling that the rules put in place on October 28, during the second confinement, had earned France the nickname of“Absurdistan totalitaire”.

From Saturday, travel for leisure purposes will be authorized in particular 20 kilometers from home and for three hours, instead of 1 kilometer and one hour, and so-called shops “Non-essential” like bookstores or clothing stores reopened, until 9 p.m. If the ebb of the epidemic is confirmed, “The confinement could be lifted” from December 15, in order to be able to spend the end-of-year holidays with the family, said Emmanuel Macron, while inviting the French to be responsible and to limit as much as possible the number of adults present in the same room.

France, “a barometer for Western governments”

“He didn’t decree a big night. But it has […] distilled a bit of hope ”, valued The evening. Balancing on the eternal ridge line: open up a little so as not to let the country sink, but not too much, to resume and no longer lose control of the epidemic until the arrival, at the end of December or the beginning January, the first vaccines, which France, it is already decided, will not make compulsory. ”

“The country hardest hit by the second wave in Europe has become a barometer for Western governments, torn between the need to save lives and the economic damage caused by further closures”, remind him Wall Street Journal.

“It’s a dilemma that affects all the countries of Europe”, notes the American financial daily. “Strict lockdowns have helped slow the spread of the virus in Italy, Spain and the UK while wreaking economic havoc”, while“In Germany, where the government has not been so tough, the limited health measures applied at the start of the month did not significantly reduce the cases of Covid-19”.

The Christmas truce, a risky bet?

Like France, the United Kingdom also agreed on Tuesday to ease restrictions due to the epidemic during the Christmas holidays. In England, Wales, Scotland and Northern Ireland, up to three different foci will be able to meet over a period of five days.

See Also:  Fights and pyrotechnics: Riots after the "lateral thinking" demo in Leipzig

The Washington Post is rather circumspect facing the truce proposed by Emmanuel Macron and British Prime Minister Boris Johnson. “The decision to reopen stores, resume indoor entertainment and allow limited gatherings during the holiday season seems to clash with scientific consensus that the risks of indoor contact” are important, notes the American daily. But many European leaders appear reluctant to keep their economies closed or prevent families from seeing each other after a year marked by long periods of strict containment and social isolation. ”