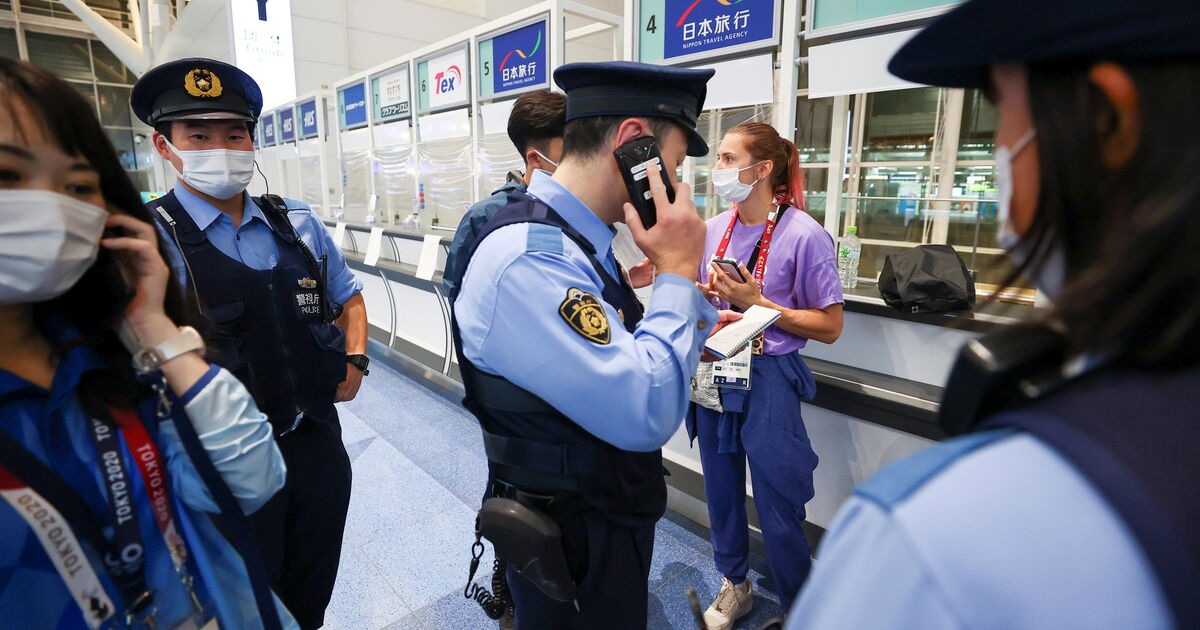 The 200-meter runner was due to appear in the heats on Monday. But after criticism leveled against her coaches on Instagram, she would have been put aside by them and would have been ordered to return to the country. What she refuses.

It is a matter which turns badly before even the beginning of test. Belarusian athlete Krystsina Tsimanouskaya was scheduled to compete in the women’s 200-meter event on Monday. But his team of coaches came this Sunday to his room to ask him to pack his bags to return to his country, before taking him to the airport. It would have been recorded on a Turkish Airlines flight to Istanbul. “They are trying to get me out of the country without my permission”, she said in a video posted to the Telegram messaging app, before adding: “I ask the IOC to get involved.”

A situation that takes a geopolitical turn. According to the BBC, Tsimanouskaya told the European Radio for Belarus radio station that she was afraid to return to her country. And to Reuters, she even added that she “Would not come back to Belarus”. In a short press release the IOC asked for clarification from the Belarusian delegation, in view of the information reported in the media.

In a new message posted on Telegram around midnight (5 p.m. French time), Krystsina Tsimanouskaya said she was “safe”, under police protection. “We are in the process of deciding where I am going to spend this night”, she adds in a statement released by the Belarusian Sports Solidarity Foundation. She adds that she is in a police station at Tokyo airport.

“Negligence of his coaches”

Krystsina Tsimanouskaya had previously explained on Instagram that she had been registered automatically by Belarusian officials for the 400-meter relay, which is due to take place on Thursday, after some of her teammates were declared ineligible to participate in the event. A video that resulted in her being withdrawn from the event because, according to the sprinter, she “Had spoken on Instagram of the negligence of [ses] coaches ”. The Belarusian Olympic team, for its part, claimed that this withdrawal was due to the“Emotional and psychological state” of the athlete and that she would not participate in the 200-meter race scheduled for Monday or the 400-meter relay event on Thursday.

#Belarus It’s been reported that Kryscina Tsimanouskaya, who publicly criticized the regime and sports officials, is being sent from Tokyo back to Belarus. Apparently, representatives of the Belarusian national team took her to the airport. It looks like kidnapping pic.twitter.com/led3PfncEQ