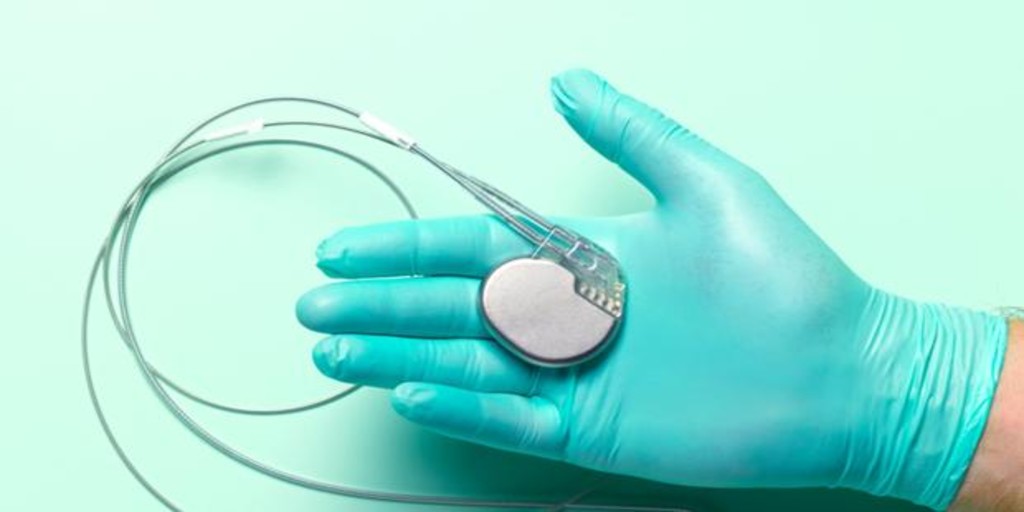 A temporary implantable cardiac pacemaker that works cordless or battery-free and is completely absorbed by the body after a defined period of time. This is what a team of researchers from the
Universidades de Northwestern and George Washington, through a device, that has been tested in a number of animal models, and that could help patients recovering from heart surgery who need temporary support to maintain their heart rate.

The study is described in an article published in
«Nature Biotechnology».

Temporary implantable cardiac pacemakers often include tubes and connections that are inserted through the skin, with external hardware that carries a risk of infection and limits patient mobility. Also, when stimulation is no longer needed, removal of the implanted device carries the risk of damaging heart tissue.

“Sometimes patients only need a temporary pacemaker, perhaps after open heart surgery, a heart attack, or a drug overdose,” he says.

Rishi Arora, a cardiologist who co-led the study. “Once the patient’s heart is stabilized, we can remove the pacemaker. Currently you have to insert a wire, which remains in place for three to seven days, and has the potential to become infected or dislodged.

These limitations could be overcome by creating a device capable of working without wires and with the ability to dissolve in the body after the operation.

This is what this group of scientists has done to build a thin, lightweight, fully implantable cardiac pacemaker for postoperative heart rate and rhythm control.

The device is powered by wireless energy transfer, which makes it lead-free and battery-free, and comprises constituent materials that are absorbed by the body by natural biological processes after a programmable period of time.

The flexibility of these materials also allows the device to adapt to the curved surface of the heart and adapts to your movements. Testing revealed the ability of this pacemaker to successfully mark human heart cuts and mouse, rat, rabbit, and dog hearts, and fully degrade within three months of implantation in rats.

“Hardware placed in or near the heart creates risks of infection and other complications,” says John A. Rogers, who led the development of the device. «Our pacemakers wireless transients They overcome the key disadvantages of traditional temporary devices by eliminating the need for percutaneous leads for surgical removal procedures, offering the option of reducing costs and improving patient care outcomes. This unusual type of device could represent the future of temporary stimulation technology.