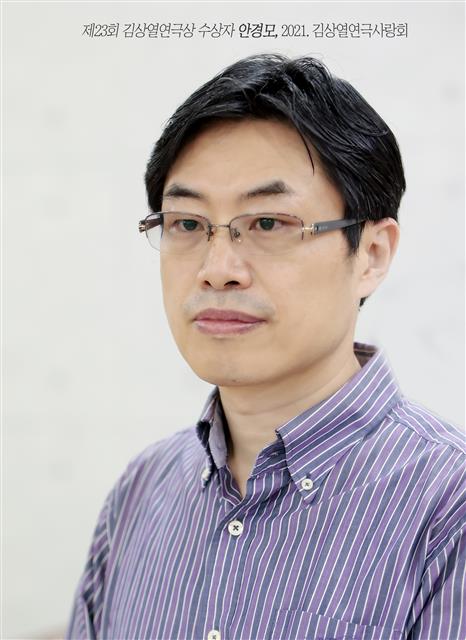 The Kim Sang-yeol Theater Sarang Association and the theater company Kim Sang-yeol Theater Sarang announced on the 11th that they have selected director and art educator Ahn Gyeong-mo (51) as the winner of the 23rd Kim Sang-yeol Theater Award. Ahn received attention for his strong sense of problem and sensuous stage from his early works such as ‘Sea Fog’ and ‘Opera Stalking’. Since then, he has expanded his stride in education and administration by being a professor at the Department of Theater and Acting at the Far East University and directing the theater company Yeonwoo. He has directed a number of plays and musicals and wrote scripts for dance works, and has won the Seoul Theater Festival Popularity Award (2006), Korean Theater Best 7 (2007), and Seoul Theater Festival Grand Prize (2012). The awards ceremony will be held on the 25th at the Kim Sang-yeol Theater House of Love Sky Garden in Jongno-gu, Seoul.