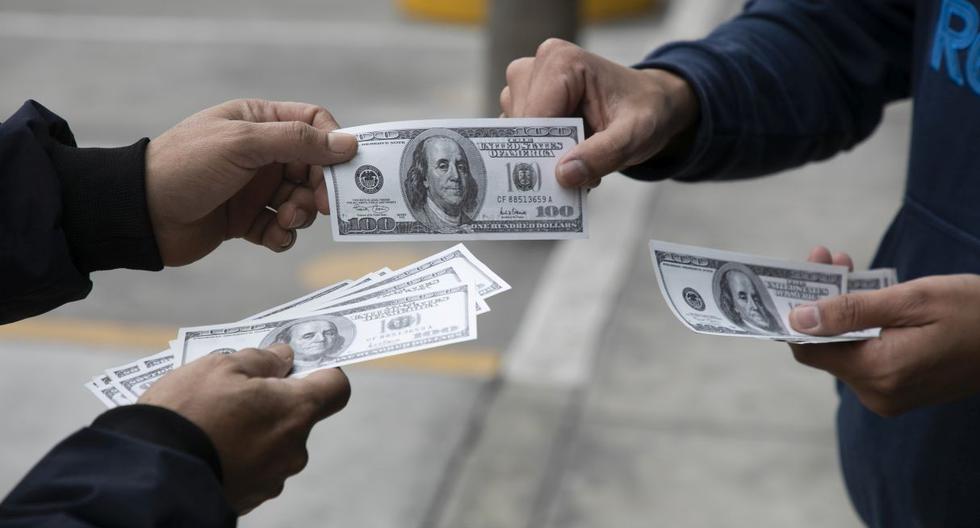 The price of the dollar in Peru closed higher on Thursday, amid a global aversion to risk assets that boosted the dollar in world markets, and touches a new low of two and a half months.

During the day the BCR sold US$ 2 million to mitigate the rise of the US currency. In addition, it placed securities repos for S/ 1,000 million and currencies for S/ 200 million.

In addition, it placed exchange rate swaps for S/ 200 million for six months at an average interest rate of 1.36%.

On the other hand, in the parallel market or the main exchange houses, the dollar is bought at S / 3,820 and sold at S / 3,860, according to the portal cuantoestaeldolar.pe.

“US$ 324 million were traded in the market at an average price of S/ 3,851. The flow of demand came from foreign investors and the offer for currency repo maturities for S/ 340 million”, indicated Asvim Asencios, Foreign Exchange trader of Renta4 SAB.

At the regional level, the currencies of Latin America exhibited significant losses on Thursday, amid a global aversion to risk assets that boosted the dollar in world markets, while the stock markets of the region also fell, in a scenario of uncertainty regarding the future of the economy affected by various factors.

According to the Reuters agency, the dollar touched its highest levels in two decades on Thursday, driven by the general weakness of its main rivals, such as the yen and the euro.

The dollar index, which compares the greenback to a basket of six major currencies, was up 0.8% at 103.83, its highest since December 2002. The US currency has risen 10% since mid-November, and most of his gains have occurred in the last three months.

On Thursday, the dollar soared above the key 130 yen level for the first time since 2002, after the Bank of Japan doubled down on its easing policy, triggering a warning from the Finance Ministry not to push the yen too far.

The WHO recommended on Friday the use of the antiviral paxlovid from the US laboratory Pfizer for covid-19 patients with mild symptoms but with “greater risk of hospitalization.” (Source: AFP)

Twitch is considering cutting streamer compensation to boost its own profits