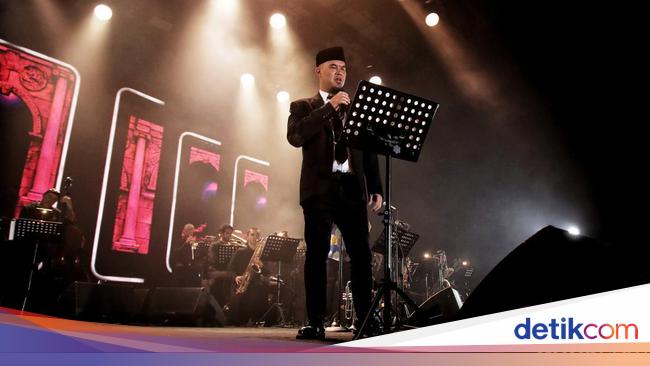 The Rumi managed to beat Winson Reynaldi in a boxing fight. The video of him beating up his opponent was uploaded by Ahmad Dhani.

Dhani was proud of El Rumi’s performance in the ring. He congratulated his second son for defeating Winson Reynaldi.

“This is only Ahmad Dhani’s son. Thank God you won El,” wrote Ahmad Dhani in a post on Instagram.

Dhani himself witnessed the boxing match at Holywings Jakarta. He came with his children to support El.

After El Rumi won, they all took pictures.

“The moment of truth,” said Ahmad Dhani for the photo.

The fight itself starts off pretty epic. The audience, mostly El Rumi fans, also sang the song Kangen from Dewa 19.

For two rounds, El Rumi looked even more subdued. On the other hand, Winson mustered his strength to keep hitting.

El Rumi was pushed over by Winson. However, the referee immediately warned him so that Winson would not go too far.

But El Rumi’s epic comeback was shown in the third round. In the final stages, El Rumi managed to carry out dangerous attacks.

In fact, the blow could not be resisted by Wilson. Until he was cornered, Winson finally could not withstand the attacks.