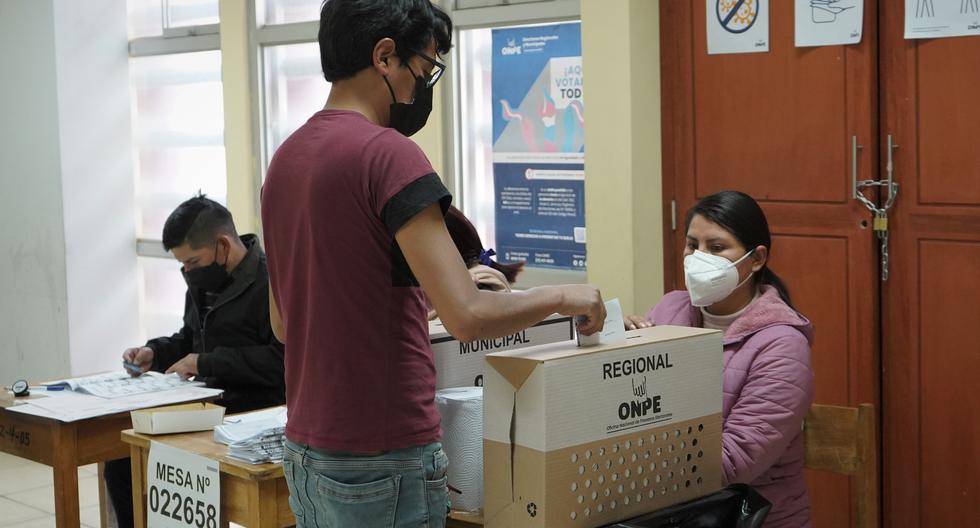 The Special Electoral Jury (JEE) of Lima Norte 1 declared founded the request for annulment of the municipal elections in the district of Stone bridgepresented by the legal representative of People’s Renewal for serious irregularities that violate electoral regulations.

through the Resolution No. 01794-2022-JEE-LIN1/JNEpointed out that the inscription stamped on the furniture of various voting tables (“Rennan Espinoza Foundation”), as it contains the name and paternal surname of the candidate, “could have persuaded voters to cast a vote” in favor of the party that postulates it.

MORE INFORMATION | Sedapal announces water cut in districts of Lima this Friday the 14th: know the zones and schedules HERE

It refers that although the folders were covered by the staff of the National Office of Electoral Processes (ONPE) before the start of election day, “It does not imply that there has not been an irregular act that would undermine the transparency of the electoral act carried out in the polling stations where such incidents were detected”.

The request to cancel the vote at polling station No. 043504after learning of the case of an ONPE worker detained at the Zapallal PNP police station, for having been intercepted on public roads with the list of voters.

In the same way, it is detailed that since the name of the citizen was not considered in the voting card Milton Fernando Jiménez Salazar as candidate for mayor of Puente Piedra for Popular Renovationdespite a precautionary measure of the Judiciary in his favor, “Their participation and consequent election have been directly excluded”.

Finally, the collegiate emphasizes that this fact has also violated the right to vote of citizens who did not have adequate information to cast a reasoned vote.

“According to the above considerations; this Collegiate, must declare the nullity request founded by the applicant presenting this point, and consequently the nullity of the elections in the entire district of Puente Piedra”says the document.

For this reason, it was decided to send the resolution to the Decentralized Office of Electoral Processes (ODPE) of Lima Norte 1, as well as to the ONPE for its information and purposes.

According to the ONPE, 100% of the records processed and accounted for, Rennan Espinoza (Somos Perú) obtained 23,667% of valid votes, followed by Alfredo Jesus Perez Cueva (Podemos Peru) with 23,584%.

REVIEW HERE | Mayor of Lima on López Aliaga: “I think he will get to talk” [con Pedro Castillo]