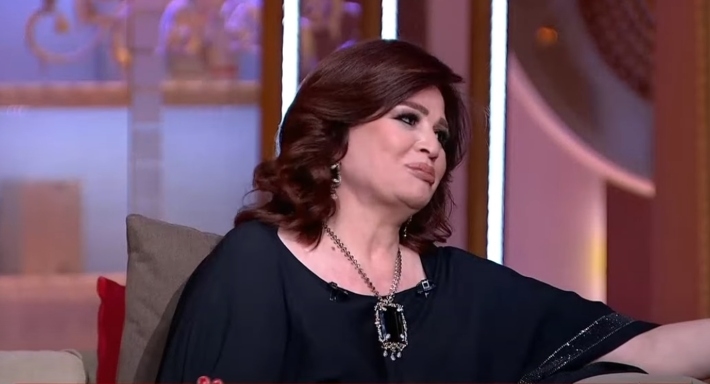 Actress Ilham Shaheen revealed her struggle with wearing the niqab while filming her scenes in the series “Btolo Al-Rouh”.

Elham Shaheen said during her hosting on the “Al-Hekaya” program, presented by the media, Amr Adib, on MBC Egypt: What distinguishes the emergence of the spirit and the new in it is that this is the first time we see the female side of ISIS, and we have always presented the terrorist man.

We recommend – Why was the son of Samir Sabri absent from the funeral? The late sister’s husband reveals the reason

She added: The Al-Khansa Brigade was one of the things I first learned about.

In response to a question, how was the niqab experience? She said: “It was very annoying and I was suffocating and the weight of the clothes was heavy, other than the weapon that took off my neck.”

She continued, “All the time, I asked the director, Kamel Abu Zekry, to take off the niqab, but it was impossible as long as filming in the street, and I suffered in one of the long scenes because of the heat.”

Ilham Shaheen and director Kamila Abu Zekry rejected the accusations made by some to the series “Baltoo’ al-Rouh” of insulting Islam and the image of Muslims.

Elham Shaheen said: The strange thing is that they depict their terrorist actions, as happened with the Egyptian Christians in Libya, and the pilot who burned him in the cage, and the words of the Yazidi women and their kidnapping of girls from the people in order to rape them, this is what offends Islam and not the series.

And the series “Baloo’ Al-Rouh” was shown in the second half of Ramadan 2022 on MBC Egypt and “Shahid Vip”.

Mahmoud Al-Mahdi announces his marriage to Menna Arafa: The joy was young

Written by him 10 years ago.. Ahmed Helmy reveals an art project that brings him together with Mona Zaki (video)

Don’t Miss: A special episode to analyze the tunes of the song “Palete Painting” in “Analysis of Tones with Your Uncle Albatt”