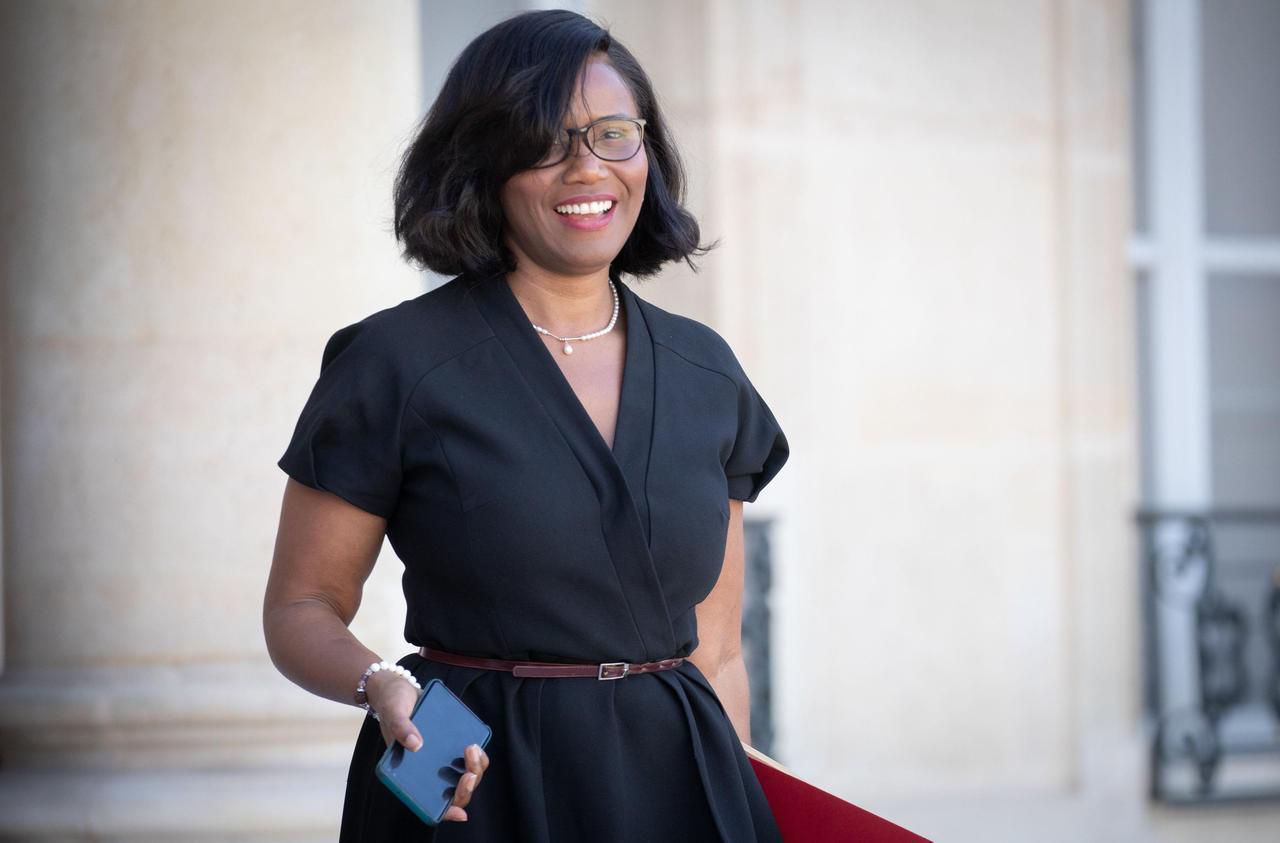 It is a friendship that will mark her for life. “Short but intense”, in his words. At 15, when Sophie begins her third year at the Michel-Richard-Delalande college in Athis-Mons (Essonne), she meets a young woman “discreet but pleasant”: Elisabeth Moreno. Thirty-four years later, the discreet found herself propelled into full light on Monday July 6, when she was appointed to the post of Minister Delegate for Equality between Women and Men, Diversity and Equality chances. A form of achievement for this 49-year-old “self-made woman”, after a dazzling career in tech which notably led her to South Africa (where she was still installed just before entering government) at the head of the company HP Africa.

But for Moreno, who defined himself in an interview in 2019 as a “woman, black, raised in a city”, and who, when he took office, had a thought for “his working father” and “his mother woman cleaning ”, it all started in the Edouard-Vaillant city in Athis-Mons. A complex of 610 dwellings, commonly called the Blue City, divided into ten-storey bars and towers, near Orly airport, where she arrived at the age of 7 after leaving Cape Verde.

A heart “shared between France and Cape Verde”

The reasons for this move? Her little sister, badly burned following a domestic accident, had to be treated urgently. Her parents wanted the best possible establishment. Sophie will know no more about this tragedy. Nor the death of another of her sisters, who died after falling from the window of their apartment. “She never told me why they moved. For me, like many immigrants, his family aspired to better living conditions. “

If Elisabeth Moreno remains very secretive about her family life, she never stops talking about Cape Verde, her native country that she loves so much. “It was a heartbreak for her,” says Sophie. She always talked to me about it. At the time, I knew nothing about this country. She taught me everything. She was talking to me about the world, animals. I traveled through it. His heart was shared between France and Cape Verde. “

The friendship between the two teenage girls was strengthened during the summer of 1985. Elisabeth Moreno’s family could not afford a vacation. Sophie did not leave until August. “We spent the whole month of July together,” she recalls. We would sit on the steps at the foot of an apartment and chat, we would tell stories of teenage girls. In my memory, she lived next door. By settling there, her mother could keep an eye on her. “

A mother who has little command of French. It is Elisabeth, the eldest of six siblings, who takes matters into their own hands. And becomes a second mother. “Even if she didn’t talk about it, it showed that she was the one who managed a lot of things at home. She carried the responsibilities on her shoulders, remembers Sophie. That didn’t stop her from being a good friend, she was very well integrated. “

“She deeply marked me”

The transition to high school will end their friendship. The two teenage girls lose touch with each other. “At the time, we didn’t have a phone or the Internet to keep in touch. But I never forgot it. When I pass by the Blue City, I always think of it. I wondered what had become of her. “

VIDEO. Dupond-Moretti, Bachelot, Pompili… here are the new ministers of the Castex government

And it was by chance that Sophie learned of the entry into the government of Elisabeth Moreno. “I was sent his photo. Seeing his face, I was stunned. I couldn’t believe it. She has changed her look, she has a manager now, while I have more of a teacher, laughs Sophie who still lives in Athis-Mons. She is perfect for this function, this mission is made for her. “

Today Sophie hopes for one thing: to meet her childhood friend on her way. “I don’t know if she remembers me, but she made a deep impression on me. I hope, one day, to have the chance to tell him. “