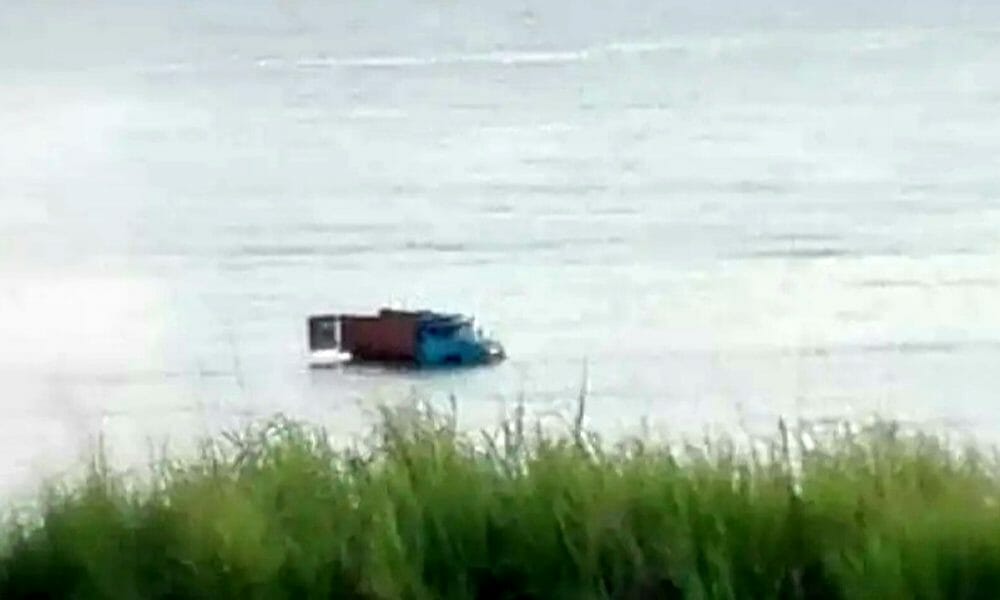 This Friday a truck parked in the sea, in the coastal area near the exit of the Havana tunnel, has gone viral. Social networks report that the means of transport is in the area known as Playa del Chivo, near the Fortress of San Carlos de la Cabaña.Undoubtedly it is an unusual image, which immediately caught the attention of those who passed by. In fact, the journalist Mario Pentón, from América Tevé, shared on his Facebook page the photo that someone sent him.

One of the comments to the publication confirms the presence of the truck in the water.

“Mario, I just passed by on the bus and I saw a truck stranded on Playa del Chivo, at the exit of the Havana Tunnel. I look forward to more photos and videos.”

So far there is no explanation for the event, however, the images do not show damage to the automotive environment, and the road is quite far from the coast.

The page Breaking Chains on Facebook thus referred to the fact.

“This truck appeared this morning stuck in the sea at Playa del Chivo, at the exit of the Havana Bay Tunnel. What will have happened? Lately Cubans are trying to teach trucks to swim.”

How to immigrate to the United States in trucks?

To get to the United States, Cubans appeal to their creativity. From boats to surfboards they can serve the purpose of escaping from the Island. A few weeks ago the United States Coast Guard intercepted three men who were trying to beat the 90 miles on a water bike.

More recently, another truck sank in the sea in Playa Baracoa while trying to move a boat for an illegal exit. The objective was to advance without having the section of reef as an obstacle.

From October to date, the migratory wave of Cubans has meant the arrival in the United States of more than 150,000 people by land and sea.

15 small desserts to slip into the lunch box

Lewis Hamilton willing to continue F1 “There is still plenty of fuel left”[F1-Gate.com]