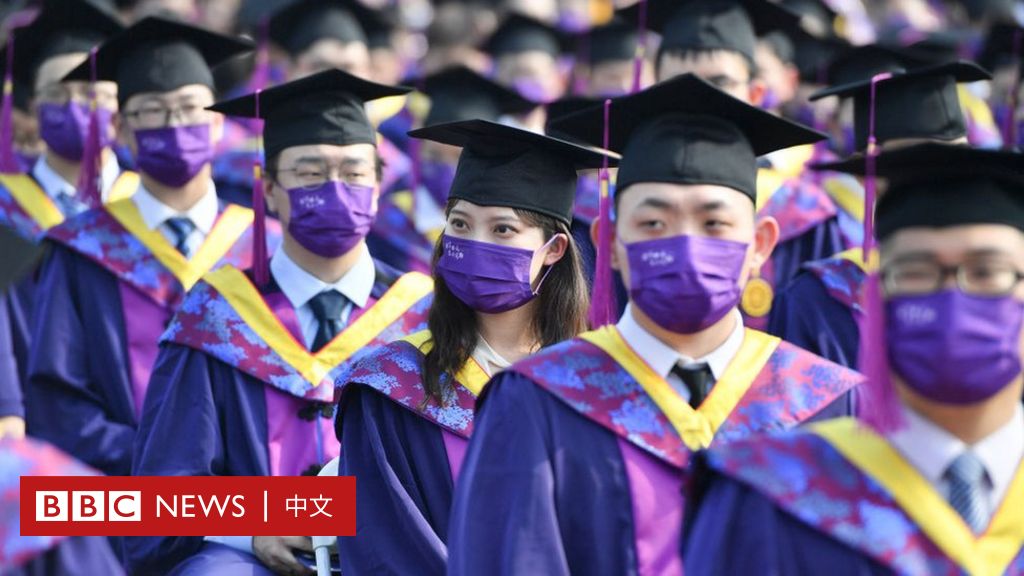 “I don’t know what to do. If I can’t do it, I’ll go home first. Maybe when the epidemic is over, I’ll have more opportunities.” Li Ming (pseudonym) is a senior at a science and technology university in northwestern China. He is about to graduate this summer, but encountered Graduation season is the hardest, facing the situation of “graduation is unemployment”.

Li Ming was not satisfied with his major in civil engineering, so he was preparing for the postgraduate entrance examination. Unfortunately, in February, he learned that he had not been admitted. 30%, I should have been able to get this score in previous years.”

Li Ming, who had missed the “Autumn Recruitment” (autumn recruitment), had no choice but to start preparing for the “Spring Recruitment” in March, not only in the off-line job fairs, but also on the online delivery of resumes. The resume is basically in the dark, and only a few local companies are willing to admit it. “Although our school is average, the strength of our department is good. In previous years, it was possible to go to Shanghai and Guangdong, but many of them did not come this year.”

In April and May, Li Ming became more and more desperate. Under the influence of the epidemic, he could not leave the school gate. He could only “play games and watch dramas” in the dormitory.

There are 10.76 million Chinese graduates who have similar problems with Li Ming. This record-breaking figure comes amid the difficult economic situation under the epidemic, and the “hardest employment season” has become a dark cloud lingering on the heads of this year’s graduates.

Most graduates in history

According to data from China’s Ministry of Education, there will be 10.76 million college graduates in China in 2022, an increase of 1.67 million over last year, breaking the 10 million mark for the first time in history.

“Graduates are also different from graduates. The difference between 985 and our “double non” (non-985 and non-211 colleges, referring to the more common universities in China) is that they have fewer choices, and we have no choice. “Li Ming said.

“985 Universities” refers to the project of building a group of high-level universities started in China in May 1998. A total of 39 universities were selected. These schools are considered to be among the best universities in China.

“211 Universities” refers to a project initiated by the Chinese government in November 1995, aiming to build 100 key institutions of higher learning in the 21st century, including all “985 institutions”.

“Double non-colleges” refers to Chinese colleges and universities that are neither “985 colleges” nor “211 colleges”.

Feng Huamei said that she has relatives working in large Internet companies in Shenzhen. She also asked her relatives to find out if there are any internal referral or internship opportunities. The answer is that the number of places for school recruitment has been greatly reduced this year, and only a few famous schools are recruited.

“In the past, seniors and seniors basically had seven or eight offers (appointment notices) to choose from. I have only one offer now, and the starting salary is not ideal.” Feng Huamei said that this year’s feeling is that there are many people overall, and the company is recruiting They are very conservative, so no matter whether they take the postgraduate entrance examination, study abroad, the civil service examination, or the career establishment examination, “every way is crowded.”

After the number of 10.76 million graduates was announced, the Chinese media was flooded with headlines of “hardest employment season in history”. In fact, with the expansion of enrollment in Chinese colleges and universities, graduates have hit new highs year after year in the past few years. Every year at the turn of spring and summer, it is said that this year is the “hardest employment season in history”.

However, although the number of graduates has increased year by year, rapid economic development can effectively absorb these new labor forces.

Zhang Jun, chief economist of Morgan Stanley Securities, wrote that if a simple correlation is made between the GDP growth rate in the past few years and the new urban jobs, roughly one percentage point of GDP growth corresponds to 2 million to 2.4 million new urban jobs. .

This year, China’s Two Sessions set a target of 11 million new urban jobs, which is in line with 10.76 million college graduates.

However, Zhang Jun said that to achieve this target GDP growth rate should probably fall within the range of 4.5%-5.5%.

China’s GDP growth rate of 4.8% in the first quarter of this year has almost fallen out of the above range, and the data in the first quarter was not greatly affected by the epidemic, but it was much larger in the second quarter – the State Council of China has just held a national teleconference on stabilizing the economy. At the meeting, Chinese Premier Li Keqiang described the current economic situation as “in March, especially since April, some economic indicators have fallen significantly, and the difficulties are greater in some respects and to a certain extent than in 2020 when the epidemic was severely impacted.”

Under the impact of the first wave of the epidemic in 2020, China’s economy was hit hard. In the first quarter of that year, the GDP fell by 6.8% year-on-year, which was not only the lowest value since China began to publish quarterly GDP data in 1992, but also the first time that the quarterly growth rate was negative. Case.

In contrast, Wuhan was closed for 76 days two years ago, and Shanghai has now been closed for more than 60 days. In terms of economic importance, the two cities are not the same. Wuhan is a core city in the central region; however, Shanghai is not only a manufacturing center, a foreign trade center, but also China’s financial center; the economic impact brought by the two-month closure is greater than Wuhan. big.

Under such an economic situation, the unemployment rate has already risen. According to data released by the National Bureau of Statistics of China on May 16, the national urban survey unemployment rate rose by 0.3 percentage points to 6.1% in April, hitting a new high since March 2020.

Among them, the most notable is the 16-24-year-old population survey unemployment rate of 18.2%, the highest since historical data.

These figures reflect the current dire situation in the labor market, and this comes at a time when 10.76 million graduates have not officially graduated this year. Feng Huamei also sighed, “Every year I say ‘the most difficult’, but it’s actually okay, this year is really difficult.”

“I studied civil engineering. I heard from my brothers and sisters, and I also read it on Zhihu (a Chinese Q&A website). They all said that the bonus period for this profession has passed, the salary is not ideal, and the working environment is also poor, so I was dismissed. I made up my mind to take the postgraduate entrance exam for inter-professionals, but I didn’t get it.” Li Ming said that now he has gone through the spring recruiting circle and found that there are still opportunities for civil engineering, although the salary is not high, but at least it is a way.

“But my dad won’t let me stay here (a city in the northwest). He thinks that he can either go to the coast or go back to his hometown, unless he takes the civil service exam, or don’t stay in the northwest.” Li Ming felt that what his father said was reasonable, but he was even more confused. Because he loves fitness, he even thought about going to the gym as a part-time private teacher this year, but many gyms have a hard time under the epidemic. “I also thought about whether to live dance on the Internet and become a fitness blogger.”

Feng Huamei is also trying to find a way – her family helps her find internship opportunities in acquaintances’ companies, accumulate qualifications, and then find a job.

“One of my best girlfriends is a flight attendant major. She is beautiful. We talked about whether to set up a stall together and see if we can become an Internet celebrity stall owner. I feel that it is quite profitable to watch a stall on Douyin. It is a way out. But I dare not tell my family, they will definitely disagree.”

Director of Dang Korat School Order to surround the stall, afraid of repeated incidents of children jumping from buildings, revealing that #srnfact is trending number 1 on Twitter