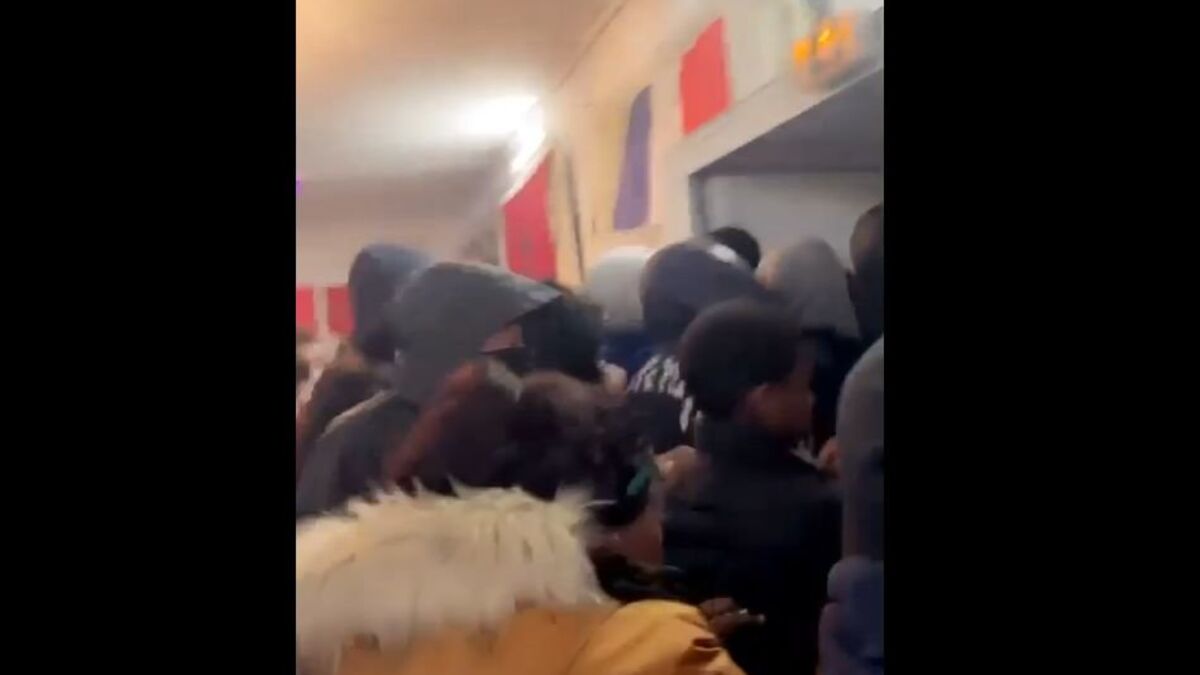 Scenes of panic this Sunday evening in the Val-Fourré district, in Mantes-la-Jolie (Yvelines). As hundreds of people watched the England-Senegal World Cup round of 16 in the Post Office village hall, a cloud of smoke appeared above their heads around 8:30 p.m. Police allegedly threw tear gas canisters without the supporters understanding why.

In videos posted on social media, event organizers are calling for calm as a crowd pushes people towards the exit. For a time confined inside, the families finally manage to get out without anyone being injured.

A complaint lodged with the police

The police deny any wrongdoing on their part. A little earlier in the evening, they intervened in the neighborhood for a neighborhood dispute. But the individual would have fled in the rue de la Fontaine, where the retransmission of the match took place. Taken to task in the street, targeted by jets of projectiles, the police would have replied with tear gas canisters to contain the crowd. Some would have come out of the village hall to fight it out.

According to the first elements collected internally, in particular the hearing of the crews and operation of a body camera carried by an agent, “the elements recovered deny a rumor that a tear gas canister was fired into the room”, indicates a source close to the file. A complaint was still filed on Monday morning by the organizers of the event with the General Inspectorate of the National Police (IGPN).