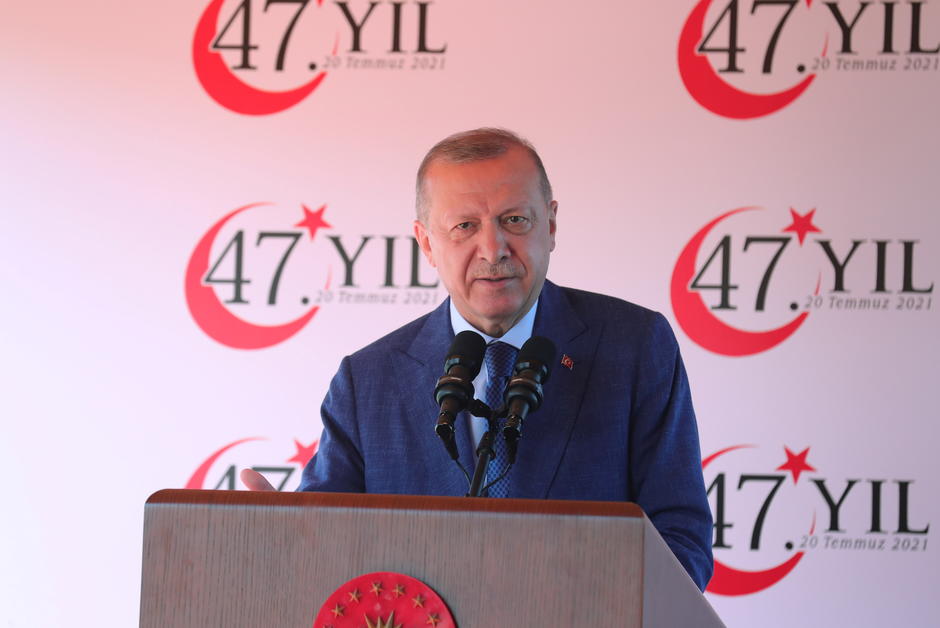 Turkish President Recep Tayyip Erdogan reiterated his plan to divide the island into two separate states, and reaffirmed his willingness to reopen the occupied area of ​​Varosha. But the “good news” promised by the president and expected on the island disappointed, including his supporters.

On a two-day visit, on July 19 and 20, in the northern part of the island of Cyprus, Recep Tayyip Erdogan promised to deliver “good news”. The first was issued on June 19, before the Assembly of the Turkish Republic of Northern Cyprus: the construction of a new Parliament and “Of a presidential palace worthy of the name”, To reward the nationalist Ersin Tatar, favorite of Erdogan, who managed to win the elections of October 2020.

Of the 50 members of the Assembly, 16 were missing, notes the online media Thorn. The two main opposition parties, the Republican People’s Party and the Democratic Society Party, dissatisfied with Ankara’s paternalism and its interference in Cypriot politics, having decided to boycott the presidential speech. “This boycott is a shame, an affront to the president of the great Turkey, to the Turkish people and to our motherland, but this opposition is like Don Quixote fighting the windmills, while Turkey has become the country most mighty middle eastern”, Indignant a columnist of the Turkish Cypriot nationalist daily Homeland.

But the mountain of “good news” seems to have given birth to“A concrete mouse”, as the Turkish Cypriot daily highlights New system