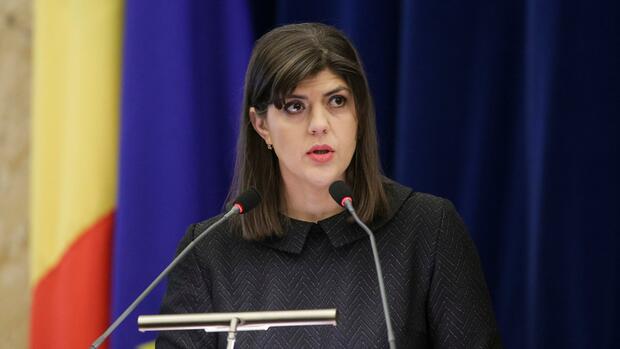 Brussels The new European attorney general Laura Kövesi sees a risk in the lax rules for the allocation of European funding within the framework of the reconstruction fund. “Governments now have the option of placing an order directly with a company. That means that we have a serious risk that more crimes will be committed, ”she told the Handelsblatt. The lack of transparency in the award “results in real danger.”

EU money fraud is not just about a few common suspects: “I have heard from some states that there are no cases that are relevant to us. But that doesn’t mean this land is clean. Maybe the cases just haven’t been discovered or they haven’t been adequately investigated, ”said Kövesi. “No country is clean.”

With a budget of 44 million euros, Kövesi is to ensure that more than 700 billion euros from the reconstruction fund and other EU funds are not misappropriated. To do this, she calls for more posts: “We need financial investigators who track down real estate and other assets that can be confiscated. Because it is not only important to catch the fraudsters, but also to get back the misappropriated money. ”The EU Commission released the money – but not the authorization to hire more staff.

Ms. Kövesi, how great is the danger that organized crime will enrich itself with EU aid?
I see great risks with this huge amount of money. With a view to the simple EU budget, we in the EPPO have to be prepared for around 3,000 cases per year. Now there is a large amount of money on top of that – with less transparency. But we will also uncover more cases because there have been major discrepancies between Member States in terms of investigative enthusiasm. Since June 1st, national prosecutors have had to refer to us pending cases that fall under our jurisdiction. These are primarily cross-border crime, organized crime, money laundering and corruption when it has to do with EU funds. We will be able to determine better in these cases.

There are reports from Italy, including from Europol, that the Mafia is purposefully buying into companies that are likely to benefit from reconstruction aid.
What Europol has reported is the reality. One of the advantages we have with the EPPO is that it is now easier for us to take action against cross-border crime – especially when it comes to organized groups.

The fight against corruption also has a political dimension. Do you hunt down criminals – or are you defending democracy?
It is our job, as the public prosecutor’s office, to investigate financial fraud. But the EPPO definitely helps to protect the rule of law and democracy. A constitutional state needs independent investigators. Fortunately, the EPPO is an independent agency with independent prosecutors. Nobody can interfere in our investigation.

Are you getting the support you need from Brussels?
In order to be able to work efficiently, we need three things: firstly, our own specialized authority, secondly, independence and thirdly, enough resources. The first two conditions for success have currently been met. There are problems with the budget.

What would you spend the money on?
We asked the Commission for more money to hire additional specialists, most notably financial investigators, to track down real estate and other assets that could be confiscated. Because it is not only important to catch the fraudsters, but also to get back the misappropriated money.

And how did the Commission respond to your request?
The Commission has released the money – but not the authorization to hire more staff. What shall we do now? Buying flowers for our new offices? Certainly not. We should spend the money working more efficiently. We are experienced investigators and we know what we need for this.

The Slovenian government is not fully cooperating with you, but will take over the EU presidency from July. What does this mean for your work?
Slovenia is a big problem. We were able to start our work without Slovenia sending public prosecutors. But the EU’s financial interests in Slovenia are less well protected. EU money will flow there without us being able to investigate every suspicion of fraud. In my opinion, the Slovenian authorities are seriously weakening confidence in the control of EU funds in Slovenia.

The EU Commission will receive detailed plans from almost all member states on how they intend to spend the money from the EU reconstruction fund. In which areas do you see the greatest risks of fraud?
We don’t have access to these plans, but based on my experience, I think we need to be very careful in the healthcare system. There is a lot of EU funding in this area. And in public procurement. There they are currently focusing less on transparency and more on flexibility: Governments now have the option of placing an order directly with a company. That means we are at serious risk of more crimes being committed.

Can you give an example of how the scam works?
Take a mayor who awards all of his city’s contracts to the same company. In such a case it is obvious that there was no competition and no transparency. And then it turns out that the entrepreneur is a close friend of the mayor. We see this pattern over and over again.

It is currently working in a similar way in the Czech Republic, where Prime Minister Andrej Babis is said to have channeled EU money into his own company. Are you going to watch this?
I cannot talk about specific cases. But I am sure that we will have cases in all Member States. I have heard from some states that there are no cases relevant to us there. But that doesn’t mean this land is clean. Perhaps the cases just haven’t been discovered yet, or they haven’t been adequately investigated. No country is clean. It is not just about a few common suspects when we talk about fraud involving EU money.

There are reports that your first case comes from Germany. Can you say more about that?
Our first new case was reported from Germany. I cannot give any further details. What I can say: We have already included a few cases of sales tax fraud. In one case, the damage amounts to around 70 million euros; five or six Member States are affected. We have a budget of 44 million euros to defend such huge sums of money. We are not talking about farmers who have received 10,000 euros too much. It’s about serious crimes, major damage, complex, cross-border cases and organized crime.

If you can secure even a fraction of the money, your agency is a good investment for the EU.
I am convinced that this European project is extremely important. But for this project you also have to invest some money. 44 million euros is not much when you consider that we have to defend more than seven hundred billion euros.

How much money do you think the EU can get back through your work?
It is very difficult to estimate. We need at least a year to evaluate that a little. But getting your money back will be a priority.

Ms. Kövesi, thank you for talking to us.

More: Europe column: Europe’s answer to the Silk Road is a bureaucratic hiccup