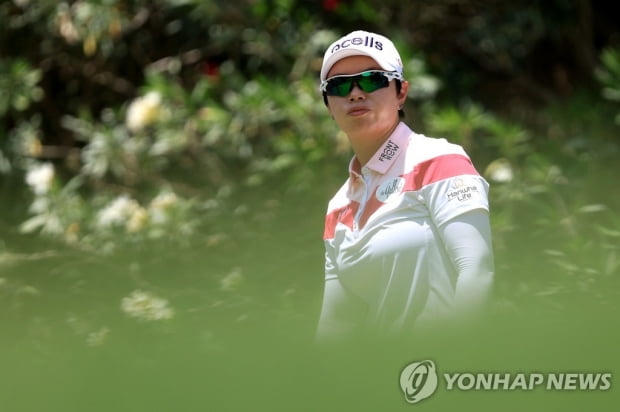 Ji Eun-hee (36), the best Korean player active on the LPGA Tour, advanced to the semifinals of the Bank of Hope Match Play ($1.5 million in total prize money).

Ji Eun-hee, who defeated Hye-jin Choi (23) by 2 holes in the round of 16 held this morning, took the 7th hole lead by pulling out 5 birdies up to the 11th hole in the quarterfinals against Saxtrum.

Ji Eun-hee, who drew a par on the 12th hole (par 4), was confirmed to advance to the quarterfinals regardless of the results of the remaining six holes.

Ji Eun-hee will challenge her 6th win on the tour after 3 years and 4 months since the Diamond Resorts Champions Tournament in January 2019.

He, who has 4 wins and 1 draw in this tournament, said, “I couldn’t putt well this morning, so I practiced putting before the afternoon game.

As for finishing the quarterfinals after only playing 12 holes, he expressed satisfaction by saying, “I felt like I saved a lot of stamina, so the burden was reduced.”

Shin Ji-eun (30) played a 20-hole close match against Lilia Boo (USA) in the semifinals until extra time, but unfortunately lost.

Shin Ji-eun enjoyed the luck of being a shot eagle as the second shot on the 3rd hole (par 4) passed the hole, but the ball came down again on an uphill slope.

On the 8th hole (par 3), Shin Ji-eun, who caught the chip-in birdie, won the 17th and 18th holes in a row and showed the back spirit to drive the game to overtime.

However, the chip shot around the green tried on the second hole of extra time was wrong and it was not possible to get on the green.

The quarterfinals of this tournament will be played between Eun-hee Ji and Andrea Lee (USA), and Ayaka Furue (Japan), a Korean-Korean player, Ji Eun-hee.

Both Lee and Boo were ranked number one in the world during their amateur days.

Weu’s opponent, Furue, also defeated Jodie Urt Shadow (England) in the quarterfinals after a close match playing up to the fourth hole in overtime.

History of the house of Trujillo in Najayo