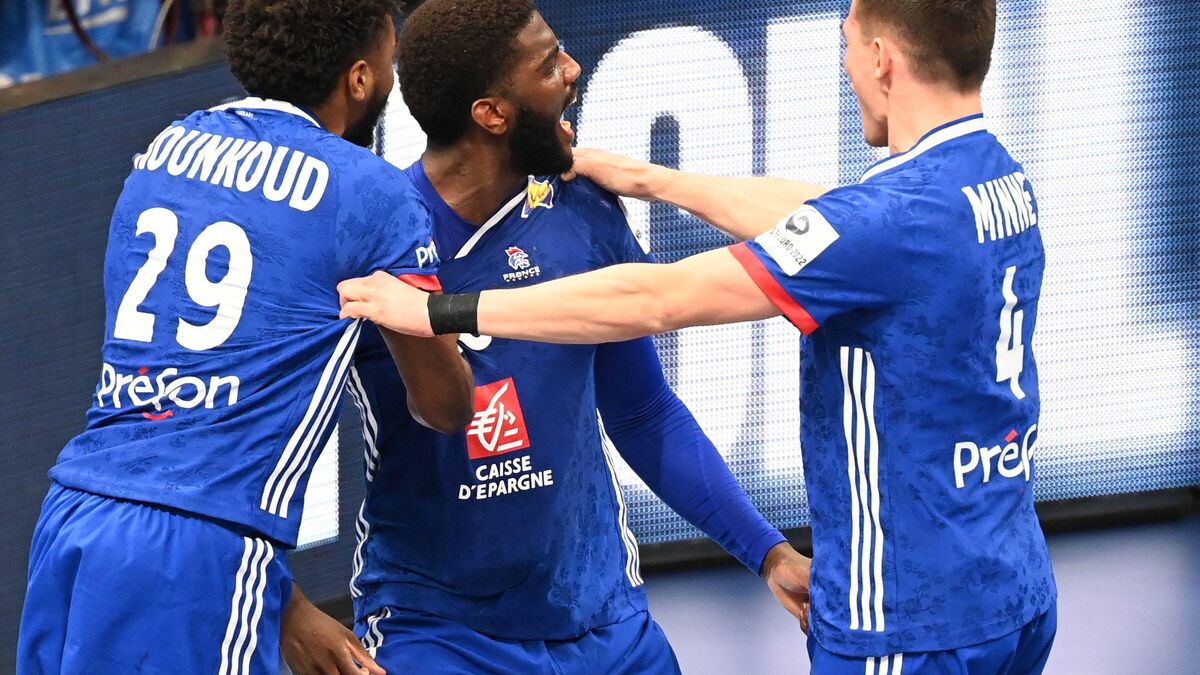 A small miracle. This Wednesday evening, for their last group match, the Blues had no right to lose to hope to go further in this Euro. For 50 minutes, they seemed lost, helpless, in front of Danes reciting their score. And then, ten minutes from the end, the Olympic champions nibbled away until they won by one goal (29-30).

A victory that allows France to reach the last four of the competition. They will face Sweden in the semi-finals on Friday at 8:30 p.m. in Budapest. “It was really in the mind, rejoices Nikola Karabatic at the microphone of beIN Sports. We had a very bad start, everything was going well for them, and for us everything was going wrong. At half-time, we told ourselves that we had thirty minutes to regret nothing. We had to continue to have confidence in ourselves and in what we were doing. That’s what we managed and we fought hard until the end. We believed it. Success turned around, they began to doubt and that’s where we were good. We scored the goals at the end. It’s a big comeback and it’s an important victory for us. »

🤩 IT’S TER-MI-BORN!!!! 🇩🇰 29 – 30 🇫🇷
What an incredible end to the game for our BLUEs who snatch victory and qualification after a second half full of twists and turns 🔥🔥🔥
THE BLUES DID IT! THE BLUES ARE IN THE SEMI-FINALS 💙🤍❤️#BleuetProud pic.twitter.com/Aj5CGb3Plk

The captain of the Blues, who is setting out to conquer a fourth European coronation and could thus equalize the record in this area, continues, still at the microphone of beIN Sports: “Since the start of this Euro Covid, we have had daily different news, cases, today it was Nicolas Tournat (positive for the virus). We went through all the states: in the first round everything was going well, it was euphoria, behind we received a big correction against Iceland, we raised our heads against Montenegro. And today we could have given up, stopped playing. But we continued and it was really a mentally very strong half. »

“We screwed up against Iceland”

The captain of the Blues, Valentin Porte, does not hide either that in the Hungarian evening, he went through all the emotions: “It’s huge! We were a little caught up in what was at stake at the start of the match, we completely missed our start, especially in defense we took on water and we had nothing to reassure ourselves. But we learn from our mistakes, behind we didn’t give up. We stayed at -5 for a long time but we always believed in it and in the end we were rewarded. »

France finished first in their group whereas ten minutes earlier, they had been eliminated: “Not only did we win, continues Porte, but we finished first in the group. So I feel like something was born tonight. Really a big shout out to the whole team. Since December 26 (Editor’s note: date of the start of the preparation), we have been there and it is very complicated, we trained at twelve, we did not know who was going to participate, the Covid, not the Covid, injured , no injuries. Many saw us losing quickly, but we always believed in it. We said things to each other from the start and tonight we proved it. Now it’s not over, it’s the first objective that has been achieved, which was to qualify for the last four. Now we’re going to try to run over everyone! »

Replacing Guillaume Gille, still positive for Covid, Érick Mathé, the assistant coach, is also jubilant. “We didn’t want to relive the Iceland match (29-21 defeat). The energy was reversed, the goalkeepers in need of stops did the right thing in the last ten minutes. This result validates everything we do. We screwed up against Iceland and we didn’t want to do that twice. »

Spanish factories have reduced their car production by a quarter, with a drop of 7.5% compared to 2020