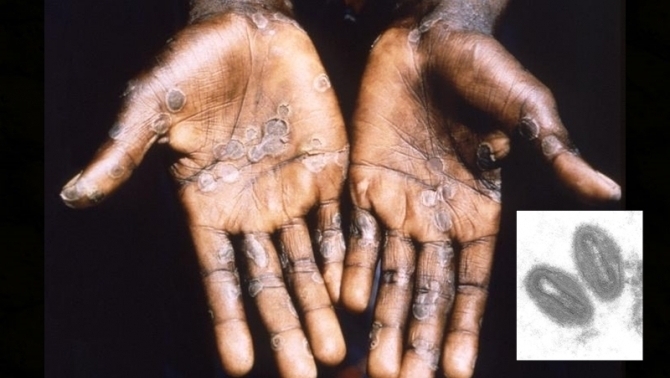 After the World Health Organization The (WHO) report on the outbreak of monkeypox (monkeypox) confirmed that there were 92 confirmed cases, 28 suspected, in 12 countries between 13-21 May 65, including Australia, Belgium, Canada, France, Germany, Italy, and France. Netherlands, Portugal, Spain, Sweden, United Kingdom and US

Former US Food and Drug Administration (FDA) chair, Dr. Scott Gottlieb, said on CNBC’s “Squawk Box” that the rising number of monkey pox cases in the United States and Europe indicated that The virus has already spread across a wide range of communities and the epidemic may not be as severe as COVID-19.

Monkey pox is a rare viral disease. which patients will have flu-like symptoms enlarged lymph nodes Rash on body and face Smallpox is spread through contact with infected wounds and has an incubation period of 21 days or more, meaning many people may be carrying the incubating virus. Because infected people are often not diagnosed or misdiagnosed.

Monkey pox rebounded in Nigeria in 2017 and has spread in several countries in recent weeks. As a result, health officials have to alert doctors and the public about the virus.

Dr Gottlieb said there were several cases that were not related or closely related, indicating that the outbreak was already widespread in the community. The actual number may be much higher than what health officials have found. Because the virus has a long incubation period. And doctors still do not know how to detect such diseases.

The Daily Mail reports that Belgium has become the first country to impose measures to force people whose test results are infected with monkeypox, which is spreading in several countries. Most of them are European countries. The Belgian Ministry of Health has ordered people who have been diagnosed with monkeypox to be self-isolating for 21 days or three weeks to prevent the spread of the monkeypox virus to others.

The poster refuted the rumor that Jennie and Kim Taehyung traveled together and said that the online photo was a PS work.

Shortage of infant formula in the United States: the CEO of Abbott apologizes