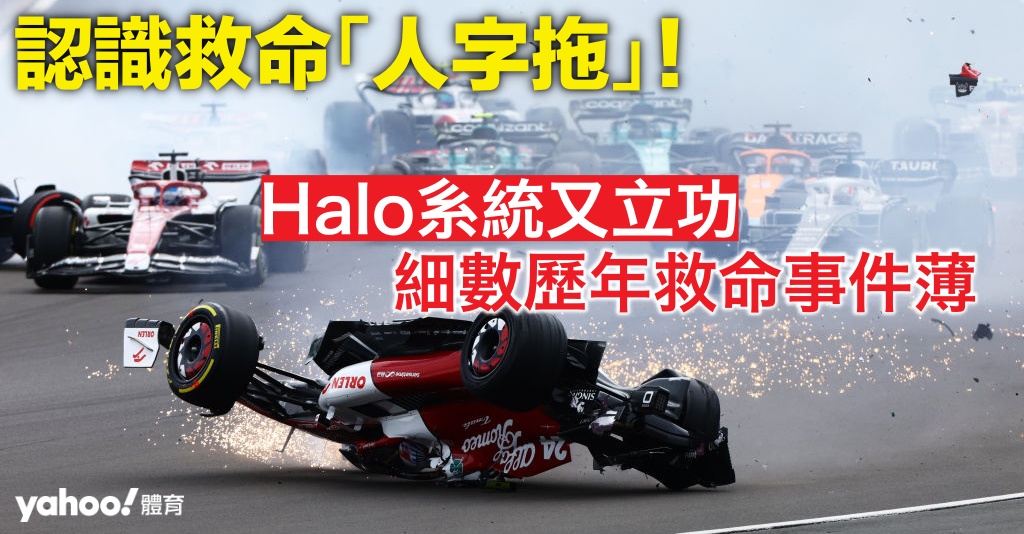 A serious accident happened shortly after the start of the F1 British Grand Prix at Silverstone on Sunday. Pingji driver Russell collided with Erfa Tofa’s Kakuta Yugi, and the accident hit Chinese driver Zhou Guanyu, who was playing for Romeo. The latter rolled over after the collision. , the front of the car went straight down to the gravel area, and then volleyed and reversed for 1 week and flew out of the anti-collision fence. The chariot was caught in the outer fence. The process was very frightening! Fortunately, Zhou Guanyu had a great life, and the car crashed without hindrance. Later, he posted on Twitter and Weibo that he was safe, “I’m fine, Halo saved my life today!” What is the system of “Halo”? How many drivers has it rescued since the mandatory introduction of F1 chariots in 2018?

Test data shows that “Halo” can withstand a static load of 15 times the weight of the vehicle itself/the weight of a double-decker bus in the event of a car crash, effectively protecting the driver’s safety. That is to say, this 7kg component can withstand a shock force of about 12 tons and is the strongest part of the car.

The FIA ​​(FIA) introduced “Halo” to F1 and other events in 2018, all because of the lessons of two fatal accidents in the past: 1) In the 2014 F1 Japan Grand Prix, driver Bianchi ran out of control and ran off the track at high speed and crashed into the field The parked tractor eventually died; 2) Former F1 driver Justin Wilson was hit in the head by debris in the 2015 American IndyCar and died.

The “Halo” protection device is installed in the front of the driver’s cockpit and is designed as a T-shaped bumper. It bypasses the driver’s head from both sides and is fixed on both sides of the driving position. It mainly prevents the driver from injuring his head in a crash. department. At first glance, “Halo” is exactly the same as “flip-flops”. At the beginning of its birth, it was “disgusted” by many teams, drivers and fans, thinking it was extremely ugly. , but it is such an “ugly thing”, including this time Zhou Guanyu, that has saved the lives of many drivers in the past 4 years.

Hou Genbao lost control at the corner and crashed into Alan Su’s McLaren chariot at the start of the race. The latter was hit and flew up and just flew over Lu Klay’s Sabah chariot. The chariot just didn’t touch the head of “Lu Zai”. All rely on this “flip-flops”

Ge Sang lost control of the car, hit the fence at a speed of nearly 220 kilometers per hour, and was subjected to a gravity of 50G. The chariot immediately exploded and caught fire. Ge Sang only suffered minor burns and was not life-threatening. “I was against Halo a few years ago, but now I think it’s the most perfect device in the world,” he said afterwards.

After Westerborn collided with Hamilton, the Red Bull chariot pressed onto the roof of the flat car for a time, and the helmet of the “Black Emperor” even left traces of being run over by the wheels, but it was all Halo that was not seriously injured. “Thanks to Halo, it saved me and protected my neck,” Hamilton said.

What kind of bikini is this model wearing for a perfect photoshoot | Dek-D.com