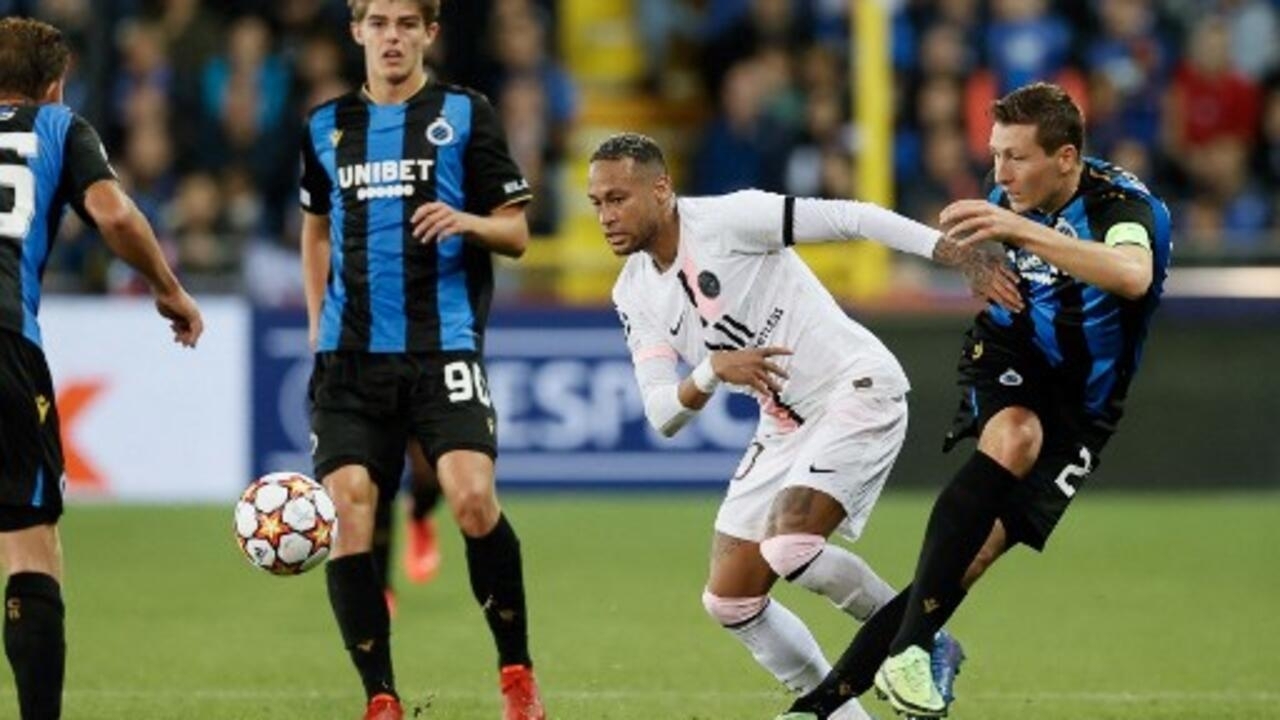 Big favorite of the Champions League this season, Paris SG suffered in Belgium against FC Bruges (1-1) for the first day of the group stage. The attacking trio, Messi-Neymar-Mbappé, long awaited, did not shine for their debut in the European Cup.

This Wednesday, September 15, Bruges was the capital of Europe in the Champions League. The Belgian city was observed around the world, because it was to be the scene of the first performance of an offensive triplet unique in the history of football: Messi, Neymar, Mbappé. Stars of a PSG team that no longer dreams and sees itself big from this season with the stated ambition to finally win the Champions League. But it must be said that the scenario was not faithful to the trailer. We predicted a match without suspense, one-sided, as when the Parisians last came to this field, two years ago (5-0 victory). But the Belgians did not play the extras in front of the stars of the French club. Without complex, the Brugeois mistreated a Parisian team which surely did not expect to be jostled in such proportions.

However, Mauricio Pochettino’s men were the first to open hostilities by scoring the first goal by Ander Herrera after a superb job from Mbappé on the left side (15th). A goal that did not give any doubt to the men of Philippe Clément who reacted by an equalization (23rd) of their captain Hans Vanaken at the end of a collective action which highlighted the flaws in the Parisian defense.

The Belgian champion thus gave an overview of what could make PSG suffer against other teams: put physical intensity, play the blocks thoroughly, insist on the corridors against a Hakimi who goes up very often and a Diallo who is not a true left-back.

Magnificent match of our Bruges residents who can limit be disappointed not to leave with one point.

We can be proud of our players!

We obviously expected a lot from the trio Mbappé, Neymar and Messi. The first fulfilled part of the contract with an assist, accelerations that hurt the opposing defense, before leaving with injury in the 51st minute. The Brazilian showed his bad face with a lot of loss of ball, superfluous technical gestures and a random defensive withdrawal. For Messi, visibly still not fully developed physically, the evening can be summed up in a nice shot rolled up on the crossbar and a shot difficultly repelled by the Belgian goalkeeper Mignonet.

Opposite, the Belgians held the house well thanks in particular to the former Parisian Stanley Nsoki, intractable in the heart of the defense.

If Paris better finished the meeting pushing in the last quarter of an hour against dull Belgians, the performance is far from successful compared to the other big team in the group, Manchester City who crushed Leipzig 6-3. And guess who will give the reply in 15 days at the Parisian club for the second day?