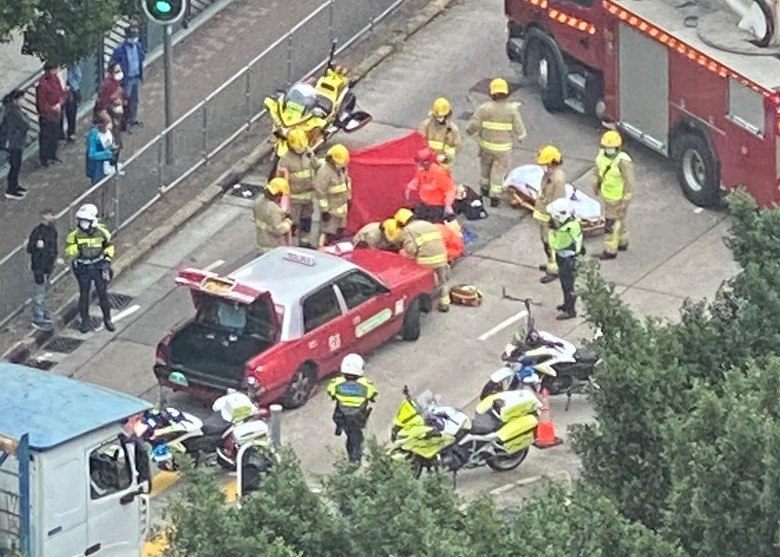 A traffic accident occurred in Sham Shui Po. At about 8 am this morning (14th), a taxi passed by Tai Po Road near Mei Ho House and hit and injured a passing female student. The injured person was caught under the car and was seriously injured. The fire department was called to the scene and rescued him. There was a pool of blood stains and school coats at the scene. The cause of the accident is yet to be investigated by the police, and traffic was blocked for a while.

According to the passenger of the taxi surnamed Zhang male, he and his colleagues stopped work to take the taxi. They were looking at their mobile phones when the accident happened, and the taxi suddenly braked. Both the driver and the passenger got out of the car to check. . Several members of the public assisted at the scene, including Zhang, and about 7 to 8 people helped move the taxi away. It is reported that the injured were female students from a middle school near the scene.

Arsenal and Sambi Lokonga hold up 10-11 against Liverpool