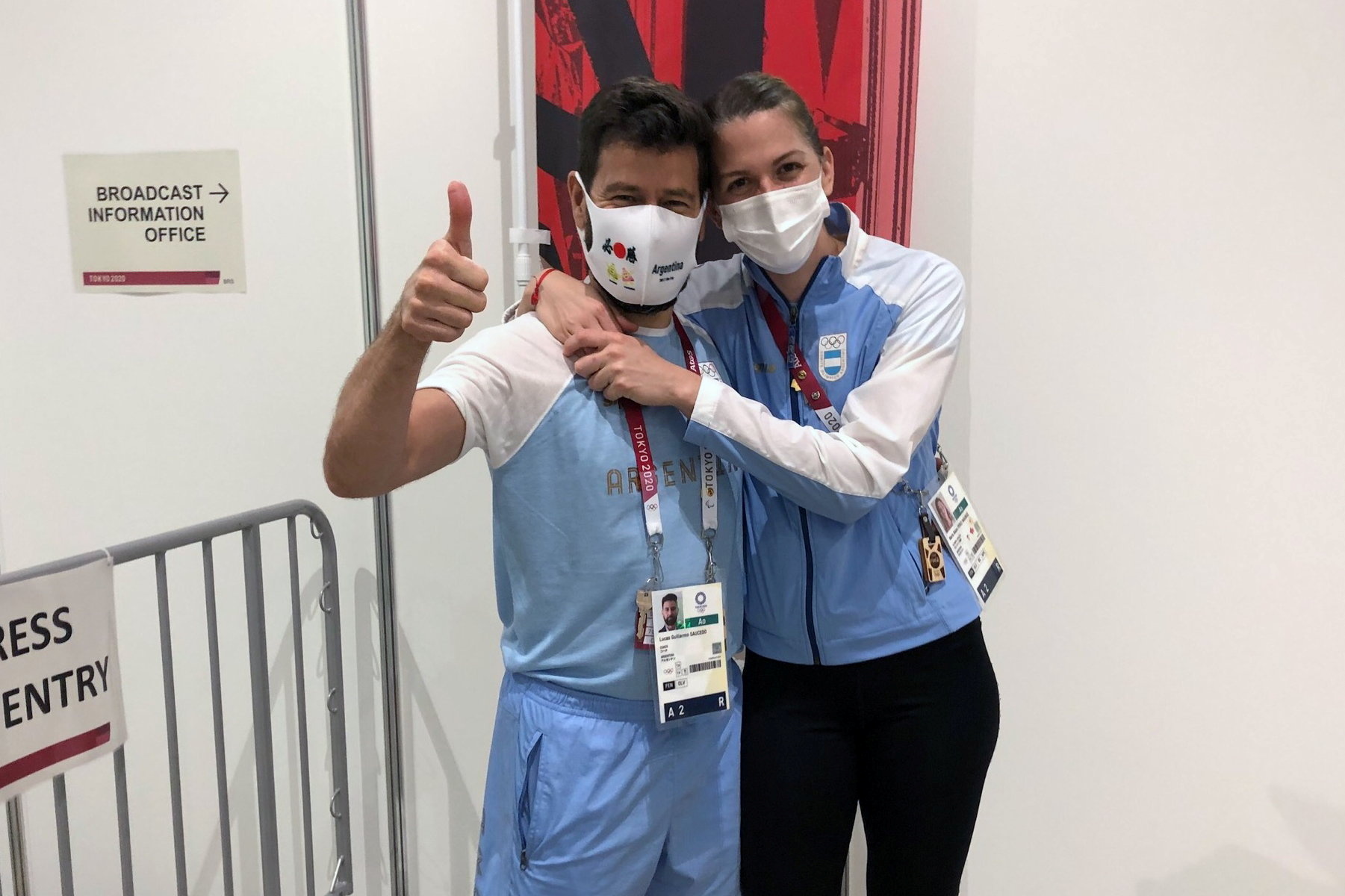 Moments after Argentine fencer María Belén Pérez Maurice was eliminated from the saber event at the Olympic Games, her coach and partner interrupted a live interview with the television channel TyC Sports carrying a handwritten sign that read: ” Skinny, do you want to marry me? “.

“Ay, aaaaaaayyy, ay …!”, The Argentine who participated in their third Olympic Games began to shout with laughter. The boyfriend, Lucas Guillermo Saucedo, knelt down and begged her: “Tell me yes, tell me yes.” With tears in his eyes, Pérez Maurice answered affirmatively and the two merged into a kiss.

Monday’s was Saucedo’s second attempt, after a similar proposal in 2010 was rejected. But this time he got the answer he longed for.

“How am I going to continue talking? How do we continue?” Said the excited athlete speaking with those who were interviewing her. “How do you do it here?” He added looking at his partner.

Pérez Maurice, 27th in the tournament standings, was left out after losing 15-12 in saber to the Hungarian Marton, sixth, and came close to achieving what would have been her first victory at the Olympic Games.

Saucedo said he decided to propose again Monday morning and asked an Olympic volunteer at the venue for a sheet of paper to write his proposal on.

The volunteer first refused, but then agreed after Saucedo offered to trade him an Olympic pin for the role.

“They are 18 years together. We always talk about how and where we are going to grow old. It seems to me that it is a good place to declare all my eternal love and admiration for La Flaca,” Saucedo said.

The honeymoon will have to wait: the couple cannot immediately leave the Olympic Village due to COVID-19 restrictions. They hope to celebrate in their native Buenos Aires after flying home this week.

“My athlete has to be thinking about fencing 24 hours a day,” says Saucedo. And to confirm this conviction, he told an anecdote that involved both of them, within their courtship relationship and the bond that unites them as a coach-directed.

“We were in the middle of a wedding and suddenly I see that Belén was dancing and she makes a movement very similar to one that we wanted to take out. I ran from the table, grabbed her and said: ‘Look, I know it seems crazy, But that movement is what you have to do to achieve this action in tournaments. ”Belén spent a few seconds as if saying to me:“ Skinny, we are in a wedding! ”But then she said:“ Oh, let’s see? ”. We started doing and ended up dancing to the rhythm of that technical movement. Yes, it seems crazy, but it is the advantage of having someone professional by your side and who is trying to think about their sport all day. “

Belén revalidates the idea of ​​who will be her future husband: “It is to be aware of fencing all the time. There are times that I happen to wake up at night to do an action or dream that I am participating in the tournament. Or even being in the middle of the morning throwing a kick; I think that’s being a high-performance athlete. “

Report prepared with information from Reuters, AP and La Nación.

IN VIDEO: This is how women got to the Olympics, and it wasn’t easy