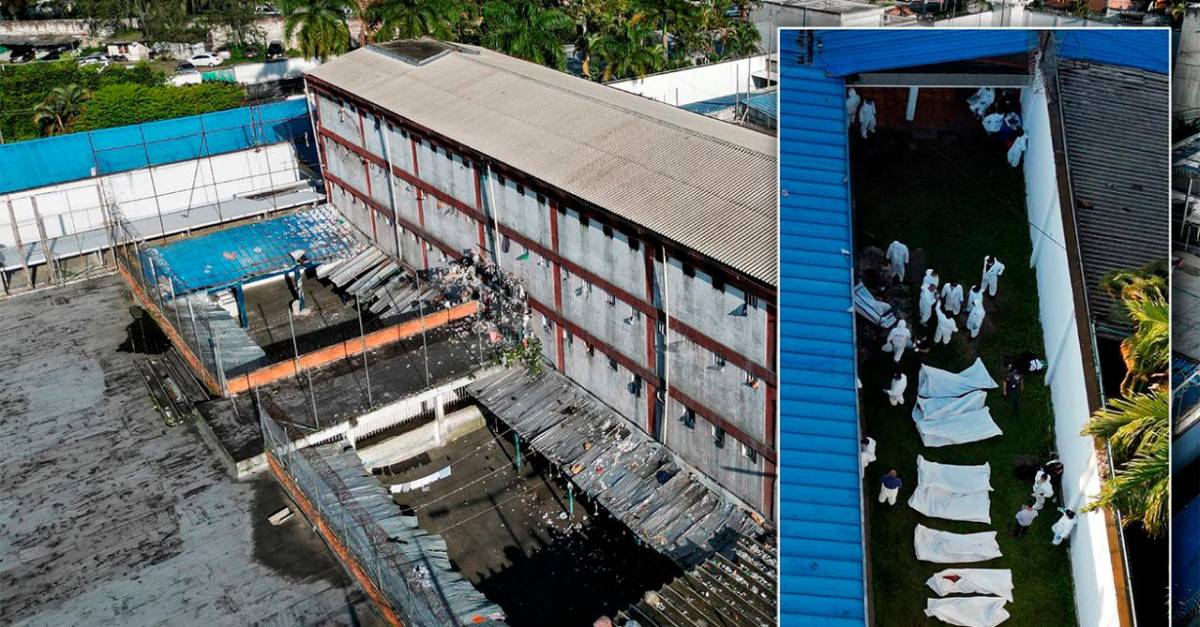 It all started with the control of patio 8 of the Tuluá prison. There were two patio ‘caciques’ there who decided to confront each other for control of illicit businesses in that part of the prison and, by taking mattresses as shields, they ended up unleashing a raging fire that almost immediately ended the lives of 52 prisoners.

The two chiefs, who are also among those burned after the tragedy of last Monday morning, are recognized by the aliases of Bray and Miller, who at the point of a knife, money and threats had achieved joint control of pavilion 8, in which 166 inmates were confined.

Among them were confessed hit men, extortionists, drug traffickers and even ex-guerrillas, who had divided between the two “pens”, as prison bosses are also known in the criminal world.

The fight for definitive control of that courtyard 8 began after 10:00 p.m. on Sunday, June 26. At that time, the “Bray” side attacked the “Miller” side with stones and sticks. Although the confrontation did not advance, and the distance between the groups did not exceed 15 meters, after midnight on Monday the 27th the dispute led to the burning of the mattresses that served as a shield.

There the situation became uncontrollable, because the flames spread from the mattresses to the structure of the pavilion, which is part of the old area of ​​the Tuluá prison and is more than 70 years old.

And although a group of firefighters tried to control that fire, for which there are also 23 people injured and the transfer of a total of 355 prisoners was ordered -the Attorney General’s Office even asked Inpec to completely close the old part of the prison-, the flames advanced strongly.

In a tour of the area made by journalists from this newspaper, and after talking with relatives of the prisoners who died burned or suffocated, it was established that among the prisoners there were members of the gangs La Inmaculada, La Casona and La Cruz, three one of the most powerful and dangerous in Tuluá.

This data is key because after the death of “Bray” and “Miller”, and several of their henchmen, the criminal power of that Valluno municipality is waiting to know who can assume command of the combos that these structures dominate in prison. .

In fact, this is part of the files with which the Prosecutor’s Office and the Attorney General’s Office investigate what happened. In addition, EL COLOMBIANO unofficially learned that several of the dead had stab wounds, which would confirm that it all started with a fight between the two caciques of patio 8.

Even in the middle of the investigations, there is a series of testimonies that indicate that in that courtyard there was a cell with extremely dangerous prisoners who supposedly did not open the doors at any time and who, for that reason, would have been among the first to die after the fire. In any case, the investigation continues.

Data show that my country’s international trade surplus in goods and services hit a new high in May in May_News_Xiamen.com