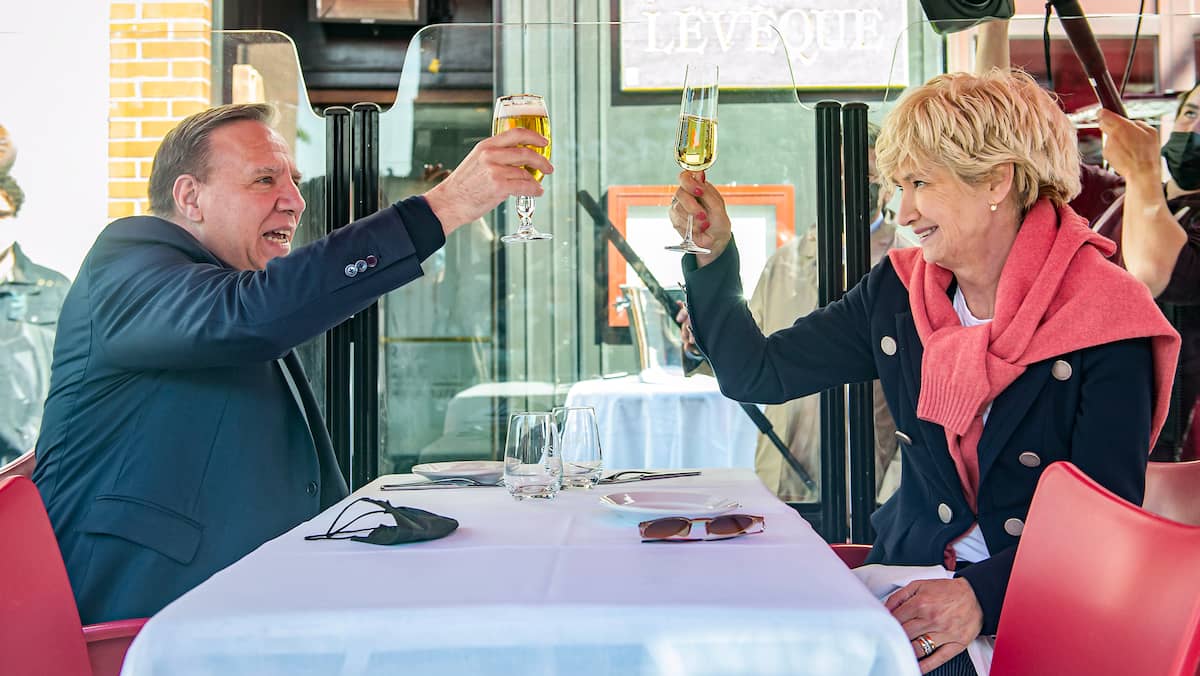 The terraces were stormed Friday by Quebecers who did not want to wait another day before finding the atmosphere of their favorite restaurants.

• Read also: Several “big” parties for the first evening without a curfew

Several establishments were full for the evening or had to refuse customers, noted The newspaper by visiting avenue Mont-Royal and rue Saint-Denis.

Customers had to make several addresses before finding a place where there was room, sometimes waiting more than an hour to get a table.

According to the regulations in force, only two adults from two different addresses can be at the same table. A table can also be made up of all the people who reside at the same address, regardless of the number.

Prime Minister François Legault settled down with his wife on the terrace of the Chez Lévêque restaurant in the Outremont district around 4 p.m. to celebrate both the deconfinent, but also his birthday, which took place on May 26. “I want to take this opportunity to say thank you to Quebecers who have made efforts that have been worthwhile. On a scale of happiness from 1 to 10, I am not far from 10. Good deconfinement! “Co-owner Patricia Lévêque said she was” truly honored “to receive the Prime Minister on her terrace.

Patience was in order

Many had to wait patiently for their turn to get a place. This is the case of Geneviève Lavoie, Benoit Sauvé and their son Lohan who waited more than an hour in line to eat in a pizzeria. “I find that, yes, it is worth it”, estimates Mr. Sauvé.

Anne-Marie Boutin (right), who ate Friday with her great friend Frédérique Tremblay, felt “almost weird” to be able to eat at a restaurant. “I’ve been thinking about it since the start of the week,” she said.

It is with “a good mojito” that celebrated among others the end of the curfew, Friday, Gabriela Quezada and Karimé Issa, crossed after 9:30 pm. “We could not stand the curfew anymore”, a says Mme Issa.

“It’s a good feeling after being confined for so long,” said Yao Zhang, who was enjoying a first outing in a year with his partner Benjamin Barrouillet.