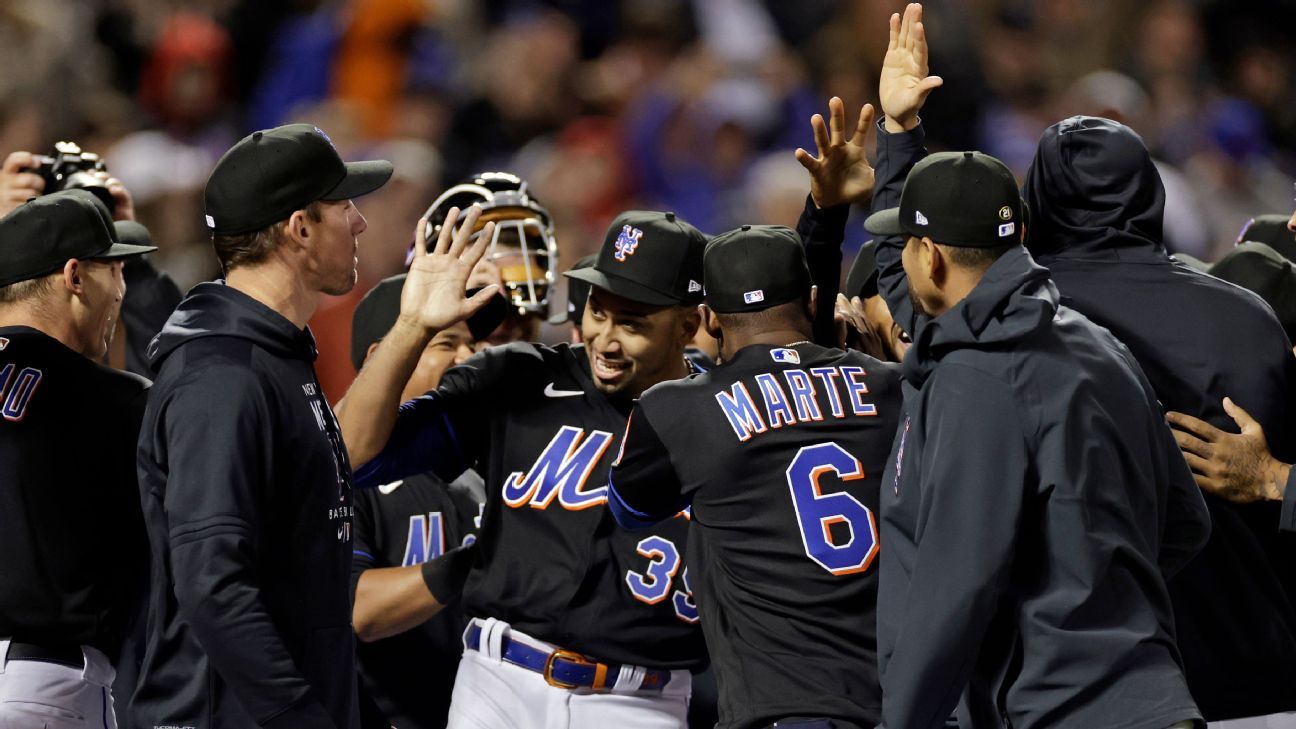 NEW YORK — Starter Tylor Megill and four relievers combined to throw the first no-hitter of the season, and the New York Mets beat the Philadelphia Phillies 3-0 on Friday.

The bullpen took over from there. Drew Smith, Dominican Joely Rodríguez, Seth Lugo and Puerto Rican Edwin Díaz completed the second game without a hit in the history of the Mets.

As 32,416 spectators cheered loudly for the Mets, he struck out Bryce Harper, Nick Castellanos and JT Realmuto in the ninth inning. Mets pitching combined for 12 strikeouts and six walks.

“It was teamwork,” Megill said. “I’m ecstatic. It’s crazy. It’s the first time I’ve been a part of something like this.”

If you want to receive the best information from the sports world, download the App now.
espn.com/app »

Johan Santana pitched the only previous no-hitter in Mets history on June 1, 2012, when he struck out eight and required 134 pitches to beat the St. Louis Cardinals 8-0.

The Mets began playing as an expansion team in 1962. Friday’s was their 9,499th regular-season game.

New York center fielder Brandon Nimmo made the best defensive play, running and diving to catch a line drive from Jean Segura in right-center field. This ended the third act.

“That was close,” Megill said.

Pete Alonso hits a solo home run to extend the lead against the Phillies in the sixth inning.

The Mets entered the field and celebrated with Diaz after he got the final out. The image of the five pitchers who achieved the feat appeared on the stadium screen.

“That was fun to watch,” said Buck Showalter, who is in his first year as manager of the Mets.

A year ago, a record was set, with nine no-hitters in the Major Leagues.

For the Phillies, the Dominican Segura 4-0. The Venezuelan Odúbel Herrera 2-0.

Ellyfish jellyfish invade the port of the Italian city of Trieste