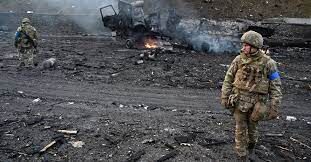 Kiev: Ukrainian authorities say that the Russian army continues shelling in the eastern region of Donetsk. Five people were killed in 24 hours. Pavlo Kirilenko, head of the Donetsk military administration, said in a telegram that seven people were wounded.

He said that the city of Sloviansk, a new Russian target, was being shelled day and night. Governor Serhii Haidai said Russia launched more than 20 artillery, mortar and rocket attacks overnight in Luhansk province.

But the UK has accused Russia of preparing reserve forces near the border with Ukraine for future attacks.

Saudi Arabia.. Al-Sudais dismisses officials at the Grand Mosque at the height of the influx of pilgrims