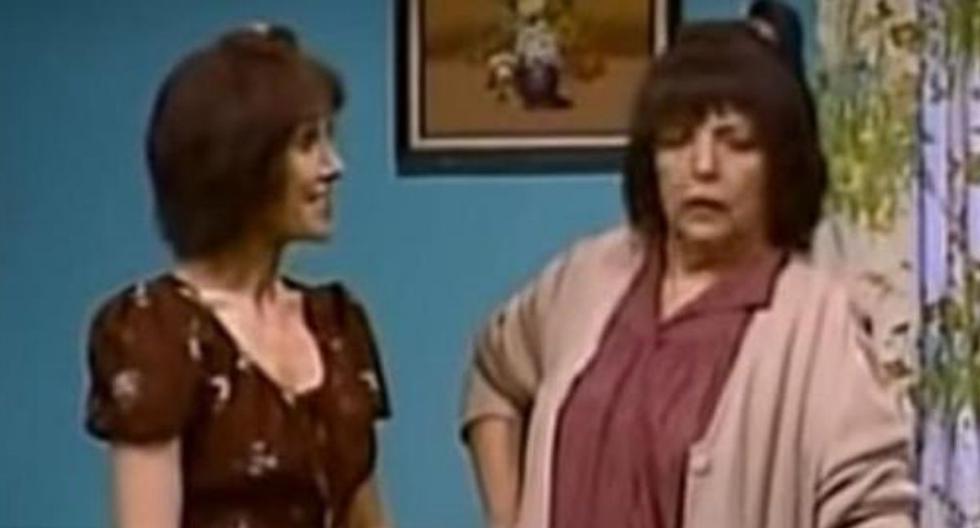 Florinda Meza She is one of the most recognized actresses in Mexico for her roles in the series created by her husband Roberto Gómez Bolaños, better known as Chespirito. However, the actress took her role as the bitter “Doña Florinda” too seriously on one occasion, when she said hurtful words to her. Anabel Gutierrez.

The actress also personified “Popis” in “El chavo del 8” and “Chimoltrufia” in “Los caquitos”. It was in the latter that she shared a recording set with the actress who played “Doña Espotaverderona”, nothing more and nothing less than the mother of Florinda Meza’s character.

The actress was invited by Roberto Bolaños himself to participate in the series after she played a role in a film written by him called “Angelitos del trapezio”.

“Roberto was a wonderful man, I loved him very much as a co-worker. I was very comfortable working with him. With me he was a very nice person”, he assured.

However, with whom he did not get along very well was his friend’s wife, who once humiliated her.

HOW THE EVENTS HAPPENED

In a 2019 interview for “24 x Segundo” Anabel Gutiérrez, now 90 years old, recounted the bad experience she had with Florinda Meza when they recorded one of Chespirito’s programs. What she said to him were very hurtful words about her performance as an actress.

That was not the first time that he had given her such a comment and on several occasions it ended in tears.

WHO CAME OUT IN DEFENSE OF ANABEL?

It turns out that by chance of life, the then owner of Televisa, Emilio Azcárraga, was on the set and managed to hear Florinda’s comment. The situation left him very indignant.

“Where Don Azcárraga hears it and it was where it gave him courage”, said the actress of “Escuela de Vagabundos”.

Once the talk was over, she told her staff that the next time they saw her shedding tears due to mistreatment, they would tell her, because she was not going to put up with such a situation.

THE GOOD HEART OF ANABEL

However, the actress does not hold a grudge against Florinda Meza, but assured that she did consider it problematic.

“I’m not saying he’s a bad person, but he had a very difficult character”, he assured.

Espeon arrives today at Pokémon Unite: Abilities, trailer and how to get it for free