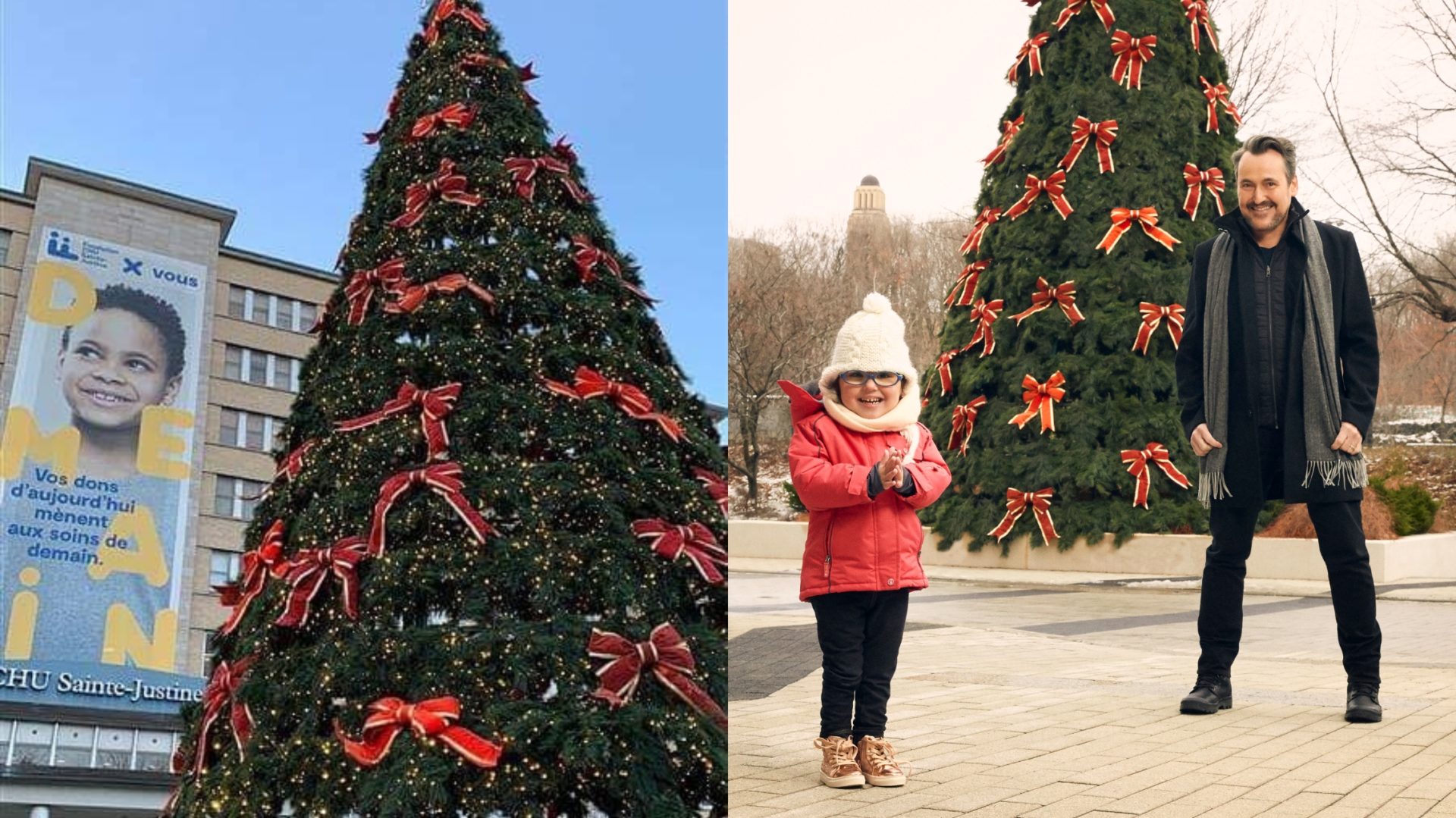 The CHU Sainte-Justine Foundation, its main partners (Rythme FM and Metro), as well as students from private schools in Quebec are today kicking off the 13th edition of their Sainte-Justine Fir tree campaign!

From today until December 10, the community is invited to turn on the lights of the Big Tree, sold at a unit cost of $ 5, via legrandsapin.org. The objective of this 13th edition is to illuminate the Big Tree with 200,000 lights, of which 61,000 have already been lit thanks to the thousands of young participants who have come together to support the families who will be spending the Holidays at Sainte-Justine.

From November 12 to 30, 2020, students from 35 private schools in Quebec joined in this initiative by asking those around them. Through online fundraising and sharing messages of hope, they collectively showed their support for the cause and surpassed their original goal of 50,000 lights. They were supported throughout by Mateo and Yannik, ambassadors and patients of Sainte-Justine, as well as by spokespersons Catherine Brunet and Pascal Morrissette.

In addition, until December 10, the Grand sapin de Sainte-Justine will be able to count on the support of ambassadors such as Guy A Lepage, Ambassador of the CHU Sainte-Justine Foundation, Julie Snyder, Marie-Ève ​​Janvier and Sébastien Diaz to rally the community to its campaign.

For many families, the Big Tree of Sainte-Justine is a source of hope and comfort. “Its lights contain as much solidarity as hope, thanks to the generosity of those who light them for us. They give us the strength to face the disease and help provide us with the best possible care, ”say the parents of Mellina, a young patient from Sainte-Justine.

Also, on the occasion of Tuesday I give, on World Generosity Day, if 50,000 lights are lit in the Big Tree between Sunday, November 29 and Tuesday, December 1, at midnight, Metro will support the public’s generosity by in turn donating $ 50,000 to the cause.

From today until December 10, the Big Christmas tree will gradually light up as donations are received and will then remain lit during the holiday season.

There are several ways to give, either by making a donation at the caisse dMetro and Metro Plus grocery stores in Quebec, or in visitor legrandsapin.org.

About the CHU Sainte-Justine Foundation

About the CHU Sainte-Justine

The Sainte-Justine University Hospital Center (CHU) is the largest mother-child center in Canada and the 2nd largest pediatric center in North America. He is a member of the large network of excellence in health of the University of Montreal (RUIS). It has 5,457 employees including 1,532 nursing assistants and 1,000 healthcare professionals, 520 physicians, dentists and pharmacists, 822 residents and more than 204 researchers, 41 volunteers, 4,416 trainees and students from all disciplines. The CHUSJ has 484 beds including 67 at the Marie Enfant Rehabilitation Center (CRME), the only center dedicated exclusively to pediatric rehabilitation in Quebec. The WHO has recognized the CHU Sainte-Justine as a “Health Promoting Hospital”.