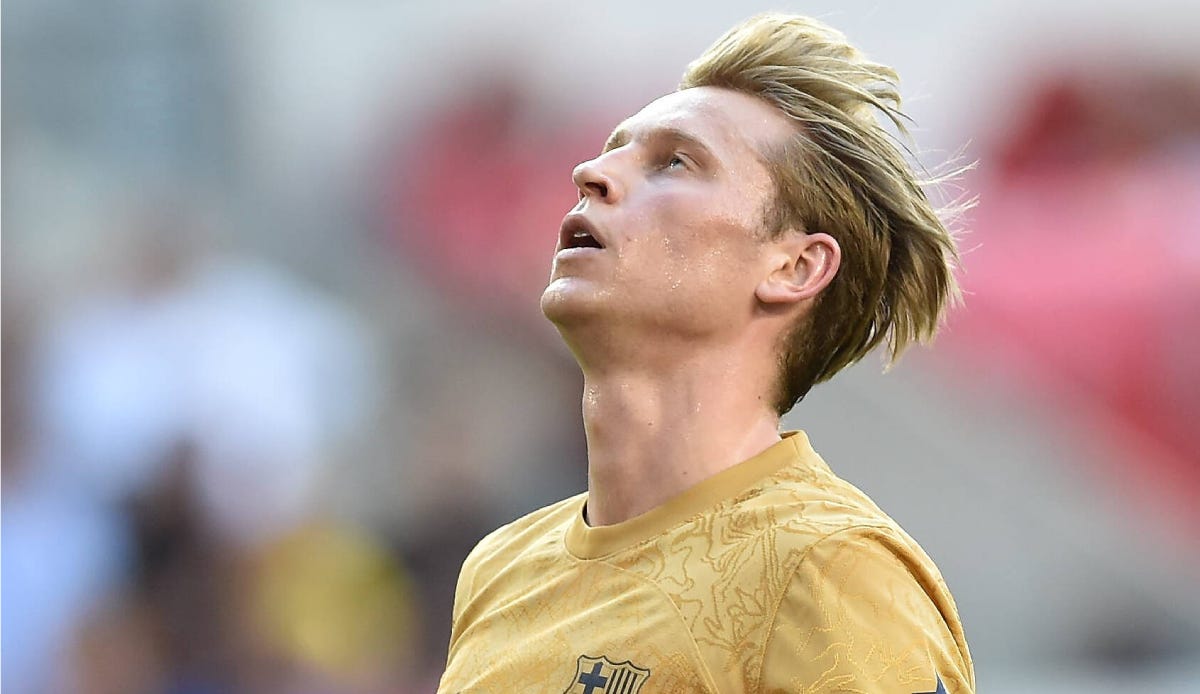 De Jong chooses to participate in the Champions League at the expense of Ten Hag!

The future of Barcelona midfielder Frenkie de Jong is still ambiguous, after several attempts by Barcelona to persuade him to reduce his salary or leave the Camp Nou during the current summer transfer market.

Fabrizio Romano, a reliable Italian journalist, reported that Manchester United and Barcelona had reached an agreement to complete the deal for 75 million euros, in addition to 10 million in additions.

De Jong prefers Chelsea because of the Champions League

Manchester United manager Eric Ten Hag wanted to sign De Jong, having worked together at Ajax for years, but the player appears to prefer Chelsea and one of the reasons may be their participation in the Champions League.

Barcelona has been looking for a way out to sell the player since the beginning of the transfer market, as the player participated in the preparatory matches in a position other than his position, which led to rumors that Barcelona did so to send a message to the player that his presence is not desirable, and that the club wanted him to leave.

The departure of Frenkie de Jong will be a relief for Barcelona on the economic side, as the club will receive a large amount of money from its sale and will significantly reduce the wage bill, which will help in registering new contracts and fulfilling the demands of the League.

The late Mirna Al Mohandes.. Suffering with illness, wrong diagnosis and waiting for the end