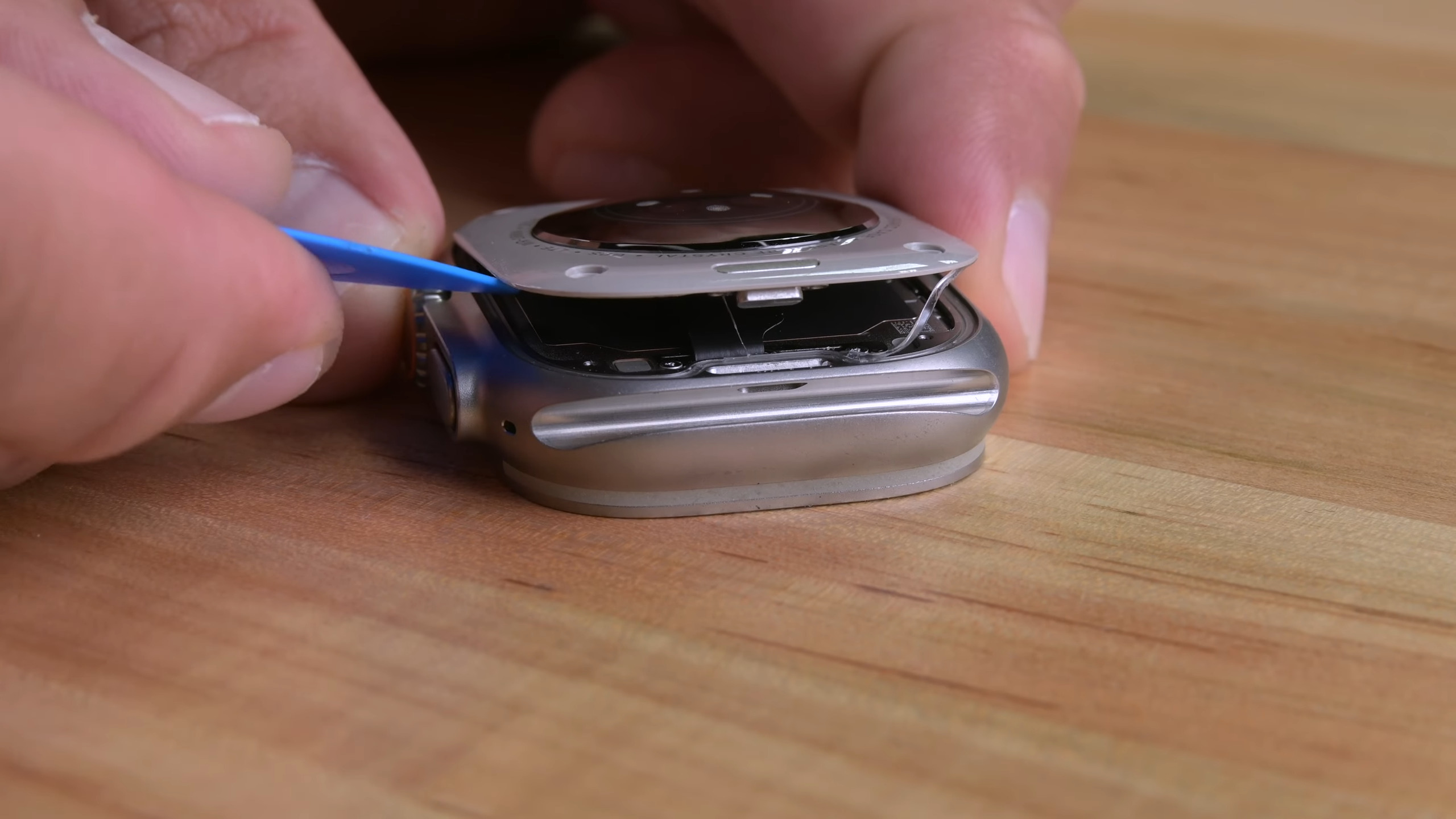 Since its launch, the Apple Watch Ultra has repeatedly demonstrated its resistance. But if ever, ever, you had to fix it, then the matter would get complicated.

Nearly three weeks after its presentation, theApple Watch Ultra has been through all sorts of crash tests, it even survived hammer blows at TechRax. On the solidity side, the contract therefore seems to have been fulfilled. Wait for our test all the same before jumping on it.

On the other hand, for repairability, since it is a brand new range, we did not yet know what sauce we were going to be eaten. iFixit released their full teardown video.

We learn in particular that the watch must be dismantled by opening it from the back by unscrewing four screws. A real improvement over all other Apple Watch models. The ceramic back comes off without too many hiccups, but unfortunately we lose the gel placed all around the device which serves to guarantee its waterproofness.

Another problem, even if it is possible to open it at the back, we quickly learn that it is not possible to remove the battery without removing the screen, which is a much more delicate operation than remove four screws from the back. Besides, even the iFixit specialist ends up destroying the screen, as we can see with the thin white lines that appear.

Once the screen is removed, however, nothing insurmountable, everything goes with screws, the battery like the haptic motor or the screen connector. It will still be necessary to detach 32 screws to remove all the components of the watch and end up with the chassis almost empty, with the exception of the buttons.

By the way, iFixit’s video allows us to compare the size of the batteries of the Watch Ultra and Series 8: 2.1 Wh against 1.19 Wh. The same applies to the size of the loudspeakers, obviously improved on the Ultra to allow the use of the siren to call for help.

In the end, if the dismantling of the Apple Watch Ultra begins under the best auspices by offering to open from the back, Apple has missed the boat by forcing the screen to be removed to change components. Perhaps the apple brand will operate as with theiPhone 14whose dismantling has been greatly facilitated compared to its predecessors?

Here are the best (and worst) paid jobs in Belgium